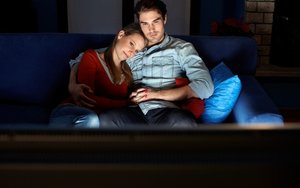 The “sharing” economy has moved in a big way to entertainment and media: Fewer people are looking to buy or rent individual movies/TV programs.

Just half of people -- 46% -- have rented/bought digital copies of individual movies/TV, according to consumer marketing researcher GfK.

At least two-thirds of “digital nevers” said the availability of an subscription video-on-demand (SVOD) services was an important reason not to buy digital copies of individual titles.

This is a complete reversal of the previous generation of entertainment/media home video consumption, in which  86% of people have either bought or rented DVDs and 78% have bought or rented VHS tapes.

Even new physical ownership of DVD/Blu-Ray -- with new digital-component attached -- isn’t of interest to consumers.
Of the 37% who had purchased DVD/Blu-ray discs that included access to a digital-only version of the video, two-thirds of these buyers never activated the digital content.

GfK said they had “no need” or were just “not interested.”

GfK’s report is based on interviews with 1,006 consumers; it combines Web-based interviewing with probability-based samples.