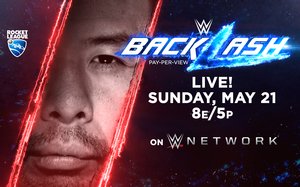 In an effort to broaden its alliance with a key demographic, WWE has signed a deal with Psyonix to have the company’s popular video game, online and eSports platform Rocket League integrated into marketing and live events.

The association begins this weekend when Rocket League will be a presenting partner for “Backlash” on May 21 (PPV).

Rocket League will also be a presenting sponsor for “Great Balls of Fire” on July 9 (PPV) as well as WWE’s summer tentpole event, SummerSlam, on Aug. 20.

Psyonix said that Rocket League has a participant and fan base of more than 31 million worldwide.

“The integrated partnership with Psyonix will provide Rocket League with an opportunity to utilize WWE’s global platforms and reach our passionate fan base, many of whom are avid gamers,” John Brody, executive vice president, global sales and partnerships for WWE, tells Marketing Daily. “We look forward to working with Rocket League as we collectively build customized one-stop shopping programs to reach their consumers.”

WWE said that through this new partnership, fans at its upcoming live events would have the opportunity to “experience and play Rocket League at arenas across the U.S.”

Rocket League is described by Psyonix as “a high-powered hybrid game of soccer using rocket-powered cars” to score goals.

In addition to individual game play, there are regional competitions among Rocket League teams, and there is an eSports Pro Rocket League under the auspices of Major League Gaming.

The key demographic for the game is 15 - 34, also a strategic target of growth for WWE.

According to Jeremy Dunham, vice president, publishing, for San Diego-based Psyonix, “As WWE fans ourselves, we are well aware of WWE’s strong capabilities as a strategic marketing partner. WWE has proven time and again that they know how to execute fantastic integrated programming, and with an audience that has similar interests to our own, it was only natural that we team up to see what we could do together.”