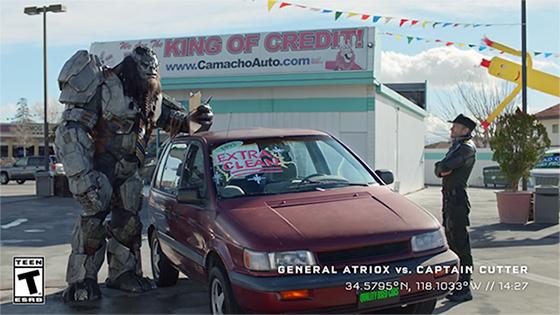 Microsoft Xbox game Halo Wars 2 used a six-second bumper ad running on YouTube created by agency 215McCANN to catch the attention of gamers traversing and searching for content on the video site.

The bumper ads that ran just prior to E3 2017, which kicks off in Los Angeles Tuesday, were part of a creative strategy, Know Your Enemy, with several video stories posted to YouTube.

The strategy initially relied on longer-form TrueView ads to introduce viewers to the main characters of the game. A few days later, Xbox ran a YouTube masthead and then served 6-second ads featuring the two main characters to people who watched the longer-form video, continuing the story.

The U.S. video game industry is estimated to grow 6.2 % annually to $28.5 billion by 2021, per a new report from PricewaterhouseCoopers.

Some 56% of gamers say YouTube is where they connect with their gaming community. About 66% of female gamers watch gaming videos on YouTube when they want to hear from people they can relate to, 73% of gamers say they enjoy watching others play games on YouTube, and 74% say they go to YouTube to learn how to get better at a game.

Microsoft had pretty good luck connecting with consumers through YouTube videos this year. In May, the company ran a video introducing the new Surface Pro 3, hitting 3.2 million views since May 23, 2017. It came in at No. 4 on Google YouTube's May Ads Leaderboard, right behind Apple's iPhone 7 Plus ad.