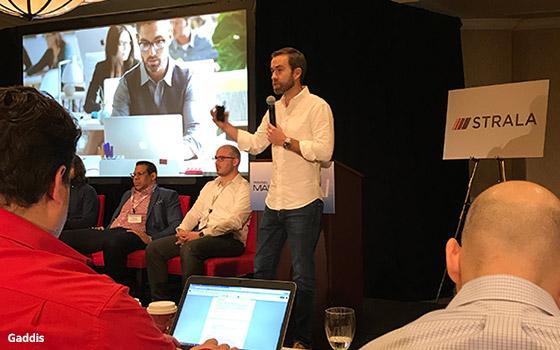 As brands and agencies attempt to get their arms around the various aspects of artificial intelligence, a high-powered group of industry executives spent the day yesterday defining what the road ahead may look like along with some navigation tips.

Speakers and panelists at the MediaPost Marketing AI conference in New York touched on everything from voice agents to bots.

There were many insights presented, so here are a few nuggets I noted:

Ben Gaddis, president, T3, suggested that brands and agencies need to determine what they want to use artificial intelligence for. “Point AI at the right problem,” he said.

Chris Neff, senior director of innovation, The Community, is working to track when the numerous drawbridges in Miami will be opened and closed, to provide motorists with useful and timely traffic information. One of his AI suggestions: “Move from a reactive model to a predictive model.”

Doug Robinson, founder, CEO FreshDirectDigitalGroup, which has done a ton of Alexa voice implementations, says voice is king, across the board. In his view: “In voice, it’s no longer just an Alexa world.” He recommends that brands put voice first: “Voice should be at the center of your customer experience strategy.” As to smart homes, he also sees smart speakers, such as Amazon Alexa, Google Home and others as key: “Voice is the gateway to the smart home.”

Robinson also had a voice tip for advertisers: “Voice is a utility, not an advertising vehicle.”

Michael Gutelli, global creative content strategy director, Commonwealth/McCann, suggested that voice is the future: “The next generation is going to be powered by voice.”

Adam Wogksch, group technical director of Organic, suggested moving forward at speed: “We try to do a prototype every two weeks.”