WPP Putting Kantar On The Block 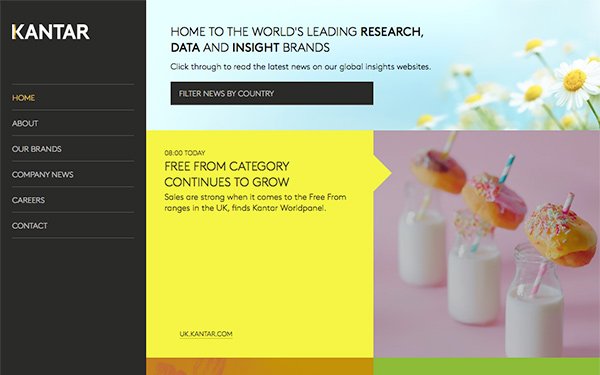 WPP plans to sell off part of its research unit Kantar Group, according to a source familiar with the situation.

The company is expected to confirm that the unit is on the block when it reports third-quarter earnings on Thursday.

The firm this year has undertaken an evaluation of its portfolio of holdings with the intent of selling off some assets to streamline operations and reduce debt.

Analysts have estimated that the Kantar division generates about 15% of net sales and profits for WPP, and have speculated that it might fetch in the neighborhood of $4.9 billion if sold.

Company executives have indicated previously that selling Kantar was a possibility, although CEO Mark Read has also said in the past that a good argument could be made for retaining Kantar.

Forrester analyst Jay Pattisall says the move to unload Kantar “would signal a renewed focus on WPP’s core business and necessary streamlining of their structure.”

That said, he adds, “doing so would diminish WPP’s consulting capability across the holding company’s global agency teams, reducing their capabilities for global clients.

An important detail, Pattisall says, is to “understand whether this is limited to Kantar’s core retail business or if Futures, Vermer and Added Value are part of the package. Collectively they represent a trends and innovation capability, advanced analytics and organizational design” expertise.

Each of those operations “could prove useful to WPP operating companies like VML/Y&R, Grey or Wunderman that have existing consulting practices. Mark Read has shown with the VML/Y&R deal that he is not averse to making bold decisions. Merging Vermer’s organizational design capabilities into say, VML, would make them a more powerful transformation partner. Ultimately we’ll have to wait and see.”

The WSJ reported the news first on its website Wednesday afternoon noting that WPP will likely retain a minority interest in the division. Analysts have previously speculated that if WPP were to sell Kantar it would retain a less-than-50% stake.

The Financial Times reported earlier this year that CVS had approached WPP about a possible purchase of Kantar. There's long been speculation that competitor Nielsen would be interested in Kantar as well although a deal between the two could raise anti-trust concerns.

A WPP spokesman hadn’t returned a call seeking comment by the time of this posting.

holding company, m&a, research
1 comment about "WPP Putting Kantar On The Block".
Check to receive email when comments are posted.
Next story loading