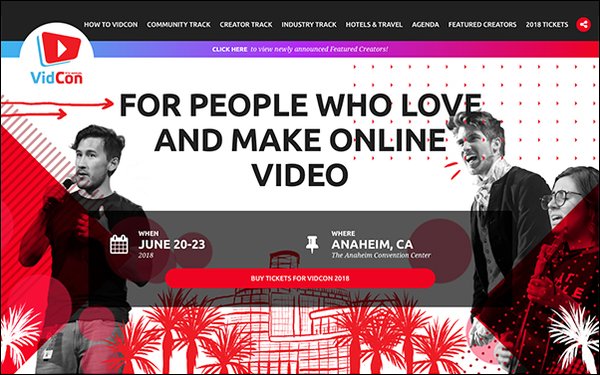 VidCon, the leading conference for digital video creators and fans, is getting into the original content business.

The company has named Stacey Kelly to serve as content director, where she will develop new original content for the Viacom-owned company.

The first original to be developed by VidCon is the series “VidCon Now,” which will highlight creators and digital video trends. It will be produced by Viacom Digital Studios, and will see its new episodes distributed across VidCon’s social channels. The first episode is rolling out Tuesday.

Kelly is a veteran of both BuzzFeed and Viacom, having worked in both branded content and editorial content. She will report to VidCon GM Jim Louderback.

VidCon will host its annual confab in Anaheim, California, in July, having expanded internationally earlier this year to London. The company will launch an Australian edition of the conference in September.

VidCon was founded in 2009 by YouTuber Hank Green, drawing about 1,400 people to its first conference. It has since grown exponentially and now attracts more than 30,000 people each year.

Viacom acquired VidCon in early 2018 to grow globally, while giving the cable giant a significant presence in the digital video space.