A year after its $2.3 billion bet to acquire Big Data company Acxiom, Interpublic this morning announced a new unit designed to create “applications that help marketers amplify the impact of traditional and addressable media through the better use of data.”

The new unit, dubbed Kinesso, will be headed by IPG Chief Data and Technology Officer Arun Kumar, who also serves as CEO of the new company, which initially will be operational in the U.S., Canada, the U.K., Ireland and Australia.

While Kinesso will operate as a free-standing unit, it will be closely aligned with Interpublic’s Acxiom and Mediabrands divisions, the latter of which will spin its Cadreon and addressable media activation experts into Kinesso. Cadreon will also continue to operate as a stand-alone offering. 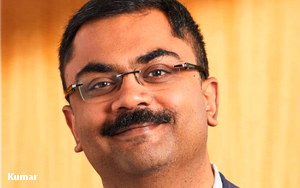