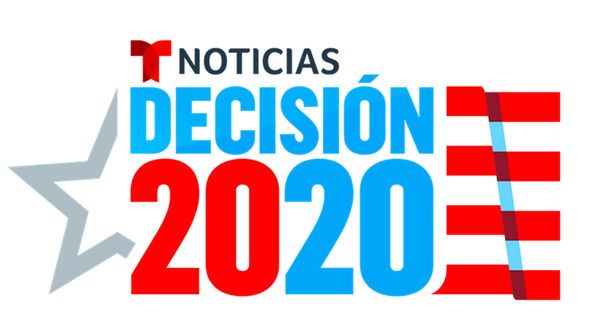 Election 2020 is a milestone in voter demographics. Pew Research projects 32 million Hispanics will be eligible to vote in 2020 -- just over 13% of all eligible U.S. voters.

Noticias Telemundo has revamped its political coverage to help reach them.

Some of the network’s key changes including doubling the size of its editorial team cross-platform, although no specifics were disclosed. It’s also teaming with the Des Moines Register, creating a daily YouTube newscast in English and producing a Hispanic news show for Quibi.

“Our multimedia journalists will produce agnostic content for all our platforms, including exclusive reports, commentary and video packages. We are already producing an increased number of exclusive interviews, including the first interviews offered by Trump, Biden and most presidential candidates to a Spanish network this presidential cycle,” Gemma Garcia, vice president of network and digital news, told Television News Daily.

Ethnic and generational needs/shifts will have a profound impact on the 2020 elections. What are the particular issues of most relevance to U.S. Latinos?

Garcia says that according to Noticias Telemundo's "State of the Latino Vote Poll — One Year Out," a comprehensive survey of 1,000 Hispanic registered voters nationwide, healthcare (29%) is the issue that most influences Latinos to choose a candidate, followed by the economy and jobs (24%) and immigration (14%).

“But the relevancy is also related to the point of view, the perspective. We are a team of Latino journalists reporting to a Latino audience,” she adds.

To beef up its election coverage, Noticias Telemundo is also partnering with PolitiFact and plans to redesign its site, which enjoys a close alliance with NBC News. (NBCU owns Telemundo.)

The revamped site promises more information “packed in a user-friendly fashion, with improved readability and smooth photo, video and social integration,” Garcia tells TVND. She says the site, much like NBC.com, will offer dynamic layouts alongside better navigation and content organization, search functionality and mobile optimization.

Mobile is a key element.

“Latinos are increasingly consuming most of their political news online or via mobile devices,” notes Romina Rosado, senior vice president of digital media at Telemundo. She believes expanded digital ops “will get us even closer to our audience during a critical electoral year.”