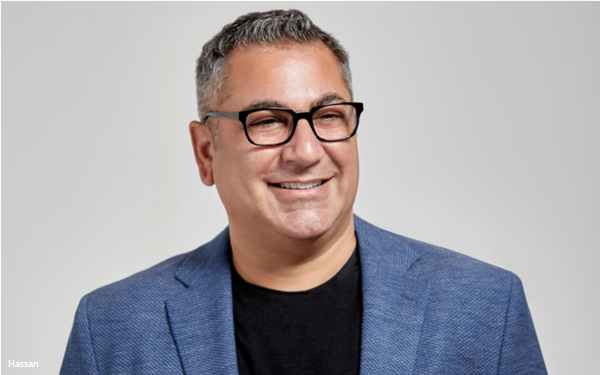 The role was previously held by Morgan Flatley, who was promoted to global CMO, effective Nov. 1. Hassan joins the company Sept. 27. ‘

Flatley will take over duties from Alistair Macrow, who will become CEO of McDonald’s business in the United Kingdom and Ireland.

Hassan has been behind a number of inventive programs during his three-year tenure at Petco Heath and Wellness Co., where he helped stem a two-year decline -- driving 11 quarters of consecutive growth and increased ecommerce by over 20%, according to the company. He led a team of over 200, which was focused on modernizing the brand and improving customer experience.

The move to McDonald’s means a return from San Diego to his Chicago stomping grounds, where he spent a large portion of his career and attended graduate school at Northwestern University. He is currently on the advisory board of Northwestern’s Medill School of Journalism.

Prior to Petco, Hassan was a senior vice president at Bank of America Merrill Lynch, where his duties included leading marketing across retail, commercial banking and wealth management in 17 key markets.

He moved to Dubai in 2012, where he took on a senior leadership role with Omincom Group.

His 25 years of marketing experience began with advertising stints, progressing through international assignments with D’Arcy (in both Detroit and Dubai), Leo Burnett and FCB Global before helping found Element79 Partners in Chicago.

He also sits on a number of boards, including The Ad Council, a nonprofit organization dedicated to using the power of communications to drive social change, and Nature’s Sunshine Products, which makes and sells nutritional and personal care products.