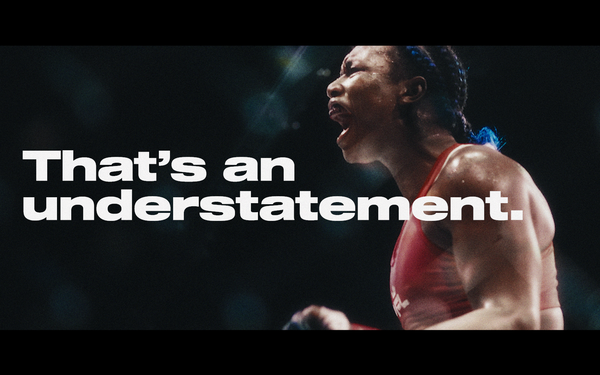 espnW unveiled a branding campaign today that asserts what a “W.” is.

espnW is challenging female athletes and fans alike, noting that a W is a way of looking at the world of sport and seeing more than a game or a race, according to the company.

With “That’s a W,” the brand aims to celebrate the amazing accomplishments women achieve in sports each and every day, showcasing their courage, strength, and perseverance on and off the field, and defining all of those things as a “W.”

The brand unveiled the work at its annual Women+Sports Summit that celebrates the achievements, successes, and groundbreaking milestones in the world of women’s sports.

“A ‘W’ is often used as a shorthand for winning, but we wanted to redefine and expand upon that definition through the unique lens of espnW,” Schneden says in a release.

The campaign represents a complete overhaul of the brand, which has for more than a decade been dedicated to engaging and inspiring women through sports. It is ESPN’s engine for women-driven storytelling and community building, according to the media company.

“We want our fans to know that the brand represents all that motivates women to compete, reach their potential and be leaders in this world,” said Laura Gentile, executive vice president, commercial marketing, Disney Networks & ESPN, and Founder, espnW, in a release. “With this campaign, we want our audience to recognize that a W can be defined in so many inspiring ways, and that espnW is the home for telling those stories.”

espnW and the ESPN brands account for almost 40% of all exclusive  women’s sports minutes aired in 2019 on nationally measured TV networks.  Collectively, the brands produce more than 16,000 hours of live sports programming across their networks, including 12 NCAA Women's Championships and every game of the WNBA Playoffs and Finals.