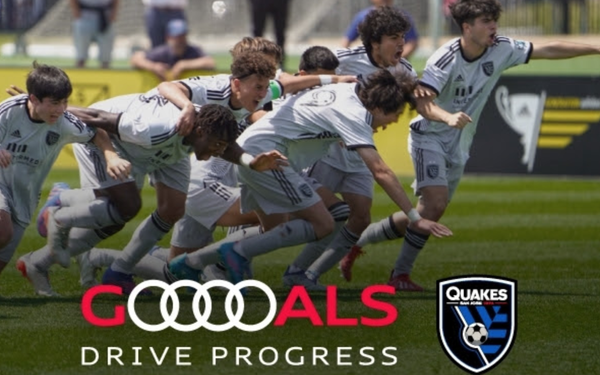 Audi and Major League Soccer are bringing back the documentary series produced in collaboration with Bleacher Report.

“The Academy” will focus this season on players’ development in the San Jose Earthquakes’ youth academy.

The series provides viewers with an all-access look as young athletes follow their dreams to become professionals, highlights the development systems utilized in every MLS academy, and illustrates the impact of the Audi Goals Drive Progress program.

The automaker also shared the distribution plans for funds from the Audi Goals Drive Progress during the 2022 season.

Originally launched in 2019, the initiative provides funding to enhance the experience of young players both on and off the field at MLS academies, which play an essential role in developing talented players in the U.S. and Canada.

Since the program kicked off in 2019, Audi has contributed more than $3 million to support MLS club academies and players.

This season, the winner of the Audi Golden Boot – awarded to the player who leads MLS in goals – will earn a $25,000 contribution from Audi to their MLS team’s academy.

The automaker aim to make MLS Academies more accessible and inclusive to youth players of all backgrounds from anywhere in North America. This program’s goal is to help remove barriers that would otherwise impede reach and success, such as limited access to transportation and housing in MLS markets. These funds also support players’ education to ensure their success off the field.