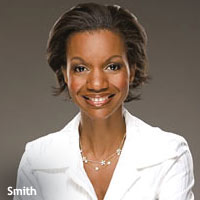 In a similar move to one of its sister cable network groups, NBCUniversal's Style Network has formed Style Media, a multimedia content/brand company group.

Style Media is set up as an umbrella group -- not just with a TV network focus. It will encompass digital, licensing, merchandising, as well as domestic and international TV networks.

Some years back, NBCUniversal Bravo started up Bravo Media with the same intent. And like Bravo, Style has a heavy emphasis with women consumers.

Salaam Coleman Smith, president, Style Media, stated: “The creation of Style Media will broaden our business and allow us to capitalize on Style’s strong consumer base of savvy women with immense purchasing power... We want to seize the momentum and ensure that Style Media allows our viewers to experience Style in a multidimensional manner.”

Some of the divisions inside Style Media will include Style Digital, where myStyle.com and various social media platforms reside, and Style Licensing & Merchandising, where Style will create products, from clothes to beauty, which will be integrated into shows and offered to consumers for purchase at myStyle.com.

In addition, there will be Style International, at which its channels cover 17 million subscribers in 90 countries and nine languages; and Style Experiences in-person live events, including local retail partnerships, styling events and social interactions.