Twitter To Launch Over A Dozen New Ad Types 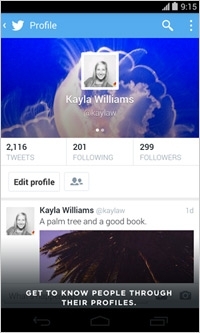 The Twitter feed is about to become more cluttered.

In addition to its familiar promoted tweets, trends and accounts, the company is exhibiting up to 15 new ad formats to media buyers, poised to roll out in coming months. The Wall Street Journal reports that ad executives were briefed on some of these formats this past week by Twitter’s top executives, including CEO Dick Costolo.

Most notably and unsurprisingly, Twitter is following Facebook into the market for app install ads. The in-feed ad would include an Install button that links to the download in the phone’s app store. This model has been at the heart of Facebook’s mobile ad success, as the format leverages detailed user behavior to push apps, especially games, that have a direct and trackable return on advertiser investment.

The overwhelming majority of Twitter use now occurs on smartphones and tablets.

Twitter’s lack of an app install ad format limits the platform’s appeal to a large segment of the mobile advertising economy. App developers have embraced Facebook as a highly effective way of driving downloads, but have no similar outlet on Twitter. Both Amazon and Yahoo have also gotten into the app ad game.

In addition to the already expected app install model, Twitter is also expanding its “card” technology that enables a user to expand a post for an enhanced view. Currently, the card format allows for a limited range of interactivity. According to the WSJ, Twitter executives will show agencies how the enhanced card system will be more open to developers. For instance, ads will allow for easier functions like sweepstakes entries, click-to-call and sharing of email addresses.

Twitter is also exploring ways in which it can be used to activate mobile purchases.

Even with an expanded slate of ads, Twitter continues to have a scale problem when competing against powerhouses like Facebook, Google and even Yahoo. The company has seen its penetration growth slow considerably in recent years. According to an eMarketer report, new user growth will have slowed for the service from a rate of 19.4% in 2013 to under 10% in 2015. Only about a quarter of Americans will log on to Twitter once a month or more by 2018, the company projects.