Marketers, You Know The Mobile Device - What More Do You Want? 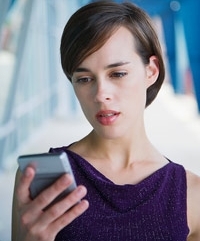 More woman than men own iOS devices -- 68% vs. 23%, respectively -- and 60% either choose Android or iOS for both phone and tablet. Many marketers use audience segment profiles based on device types, but the trend will continue to rise as a way for marketers to better understand targeting segments without intruding on privacy more than they must.

Among iPhone owners with tablets, 78% own iPads, whereas among Android phone owners who own tablets, only 44% own an Android tablet, per Drawbridge. The company released a cross-device fact sheet this week worth bookmarking for marketers that are targeting consumers based on their mobile devices.

The findings suggest users on either coast prefer iOS, whereas Midwesterners like Android. In Seattle, more than 60% of multi-device owners use iPads. The numbers are similar in San Francisco, about 50%. In Charlotte, more than 75% of multi-device users have iPhones, but in New York there are 25% fewer iPhone users than other coastal cities.

Hispanic consumers use their mobile devices to do more things more often than non-Hispanics, per a March 2014 study from PricewaterhouseCoopers. While the study does not break out iOS vs. Android, it does tells us that 65% of Hispanics compared with 53% of non-Hispanics check their bank balance, make transactions, or pay bills via a mobile wallet at least weekly. Some 24% of Hispanics vs. 13% of non-Hispanics will pay for goods or services with a credit card stored on the phone.

The path to purchase can tell marketers a lot about an audience segment. Curious about the most frequently used path to conversion for sales, I reached out to the Drawbridge folks for some answers.

"When running mobile campaigns, we see a high propensity for people to convert directly on their mobile devices, whether smartphone or tablet, even if this entails a credit card purchase," per Azad Jacobs, director of ad operations at Drawbridge. "We've run multiple campaigns at scale in verticals such as retail, ecommerce, and finance where consumers will make purchases directly on phones or tablets."

What about the most frequently used path to conversion to gain information when more than one device is used?

Brands typically use their first-party desktop data as segments to target users on mobile devices, but I really didn't get any solid general answer for this question like the percentage of people starting their search on a smartphone and ending on a tablet or desktop. Jacob got more specific, explaining "in the automotive vertical, 26% of people who saw an ad on mobile followed through by using their desktop as a touch point for the same advertiser."

Please chime in if you have data on the path to information gathering.