Netflix Launches Mobile Data Saver, Reveals How It Has Been Capping Data All Along 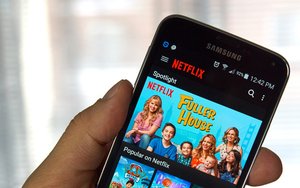 Netflix has announced that it is launching an update to its mobile app that will allow users to control how they consume data by manually adjusting the quality of the video they stream. The service will be available sometime in May, according to a blog post.

In the same blog post, the on-demand video service also revealed how it has been automatically capping data usage for consumers all along.

“We believe restrictive data caps are bad for consumers and the Internet in general, creating a dilemma for those who increasingly rely on their mobile devices for entertainment, work and more,” states a blog post on the company's Web site.

“So in an effort to protect our members from overage charges when they exceed mobile data caps, our default bitrate for viewing over mobile networks has been capped globally at 600 kilobits per second. It’s about striking a balance that ensures a good streaming experience while avoiding unplanned fines from mobile providers.”

Some mobile providers have more draconian overage charges than others, however, and according to some new reports Netflix has not been limiting data quality with T-Mobile and Sprint because they slow users' network connections rather than charging them overage fees.

T-Mobile recently ran an ad claiming that Verizon and AT&T customers were getting lower-quality Netflix video — a claim that turned out to be true not because those networks were throttling data but because Netflix itself was.

Netflix has been a strong advocate for net neutrality for a while now, but apparently that doesn’t mean it must abide by those principles.