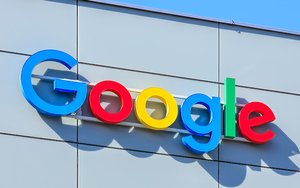 Investors may be relieved that Google reportedly passed on making a bid for Twitter, but marketers at brands certainly don't think that way.

"Google investors should be glad management passed on this opportunity," wrote a doctoral candidate at the University of Cambridge who goes by the name BayesianLearner. "The acquisition [makes] no sense to me in light of Alphabet's transformation under Ruth Porat," referring to the CFO of Alphabet, Google's parent company.

But it does make sense to marketers and advertisers who rely on search and Twitter to run campaigns. Henry Blaufox, account director at DragonSearch, believes that acquiring Twitter could fit well with Google because it would enable the Alphabet company to "unwind or overhaul the orphaned G+ offering by letting Twitter take it over."

Blaufox wrote a comment in a previously published article on the MediaPost site that "it wouldn't be the first time Google acquired technology, devoted resources, rebranded and made it a successful contributor to their overall business. Remember Urchin Analytics? That became Google Analytics. AdMob became the foundation for Google' mobile ad business. There are other examples."

On Twitter, @weddingmarket tweeted: "I think this would be a great thing! @google, @twitter acquisition could have legs this time around."

BayesianLearner argued to let Salesforce "overpay" for Twitter and stop "being sore over its missed opportunity to buy LinkedIn."

"Alphabet investors should be glad and reassured over the direction management is taking," BayesianLearner wrote. "Getting into a bidding war over a failed social media platform is not in Google's DNA."

It also makes sense to Marc Benioff. The founder and CEO of Salesforce would be glad to acquire Twitter. He had the company's Dreamforce summit streamed live on the social site.

"We would be surprised if [Salesforce] ended up as the high bidder in any auction for [Twitter]," wrote Brian Wieser, senior analyst at Pivotal Research Group, in a research note published Thursday.

Wieser explained how Benioff at the annual Dreamforce conference "indirectly addressed" the potential acquisition of the "'company that shall not be named.'"

"Salesforce.com will only look at acquisitions that produce returns which exceed the company’s weighted average cost of capital," Wieser wrote. "Management conveyed that they exercise discipline in their M&A process. Benioff is particularly mindful that sales may present once-in-a-lifetime opportunities, especially if he believes an asset is underpriced."