Roku, comScore To Deliver Video Ad Measurement Based On vCE 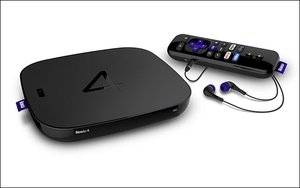 Advertisers want trusted third-party measurement when buying media to better judge the effectiveness of their ads. Advertisers and companies that distribute ad-supported programming over-the-top (OTT) like Fox Broadcasting will soon have an option to measure dynamically inserted video ads on the Roku platform with vCE metrics, the two companies said Wednesday.

Those metrics are comparable with those used for desktop, mobile and linear TV advertising such as reach and frequency, GRPs and demographics.

Scott Rosenberg, VP of advertising and audience development at Roku, told Media Daily News that the company offers measurement on the Roku platform, but not vCE measurement. He believes that building third-party measurement directly into the RokuOS shows a commitment to advancing the state of OTT advertising.

"There's about $70 to $80 billion dollars being spent against TV, but we all know that audience is declining, so it's putting a lot of pressure on traditional TV marketers to reach that TV viewer," Rosenberg said. "Those advertisers have a currency they trust that's equivalent to what they use today, so it's important to create the same measurements"

The OTT measurement meant that Roku, through a "double-blind independent party," agreed to allow its registration data to be used for demographic measurement. It will allow comScore to determine that the ad was delivered in front of a male between the ages of 24 and 34. Roku also will need to modify its ad stack built into its OS to recognize comScore's beacon to measure the data such as demographics coming through the platform.

"The integration is not a small task and it's important to get it right," said Timur Yarnall, SVP at comScore. "It's not about bringing new metrics to the table, but rather taking metrics that buyers and sellers are comfortable with and bringing them to OTT."