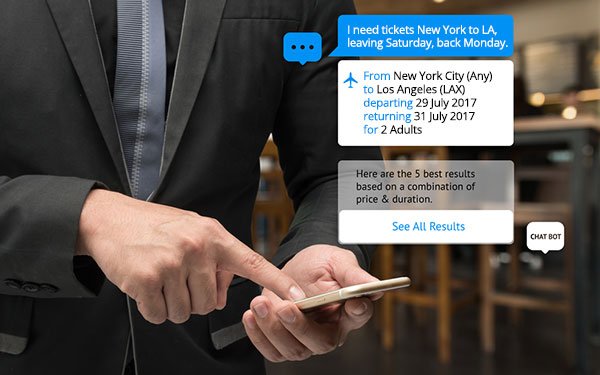 Thanks to artificial intelligence, chatbots have the potential to one day replace some of the tasks of many humans with programs sophisticated enough to hold seamless conversations with people.

Anyone who has chatted with Apple’s Siri or Amazon’s Alexa knows that day is not yet totally here.

However, some new research shows that there’s a big driver to make chatbots work: money.

Not necessarily from new revenue but rather by major cost savings.

A new forecast from Juniper Research shows that during the next five years, chatbots will be responsible for cost savings of more than $8 billion a year, up from $20 million this year.

The cost savings are primarily in four industries: retail, ecommerce, banking and healthcare.

For example, bots can create an average time savings of just over four minutes per inquiry in banking and healthcare services within five years. That translates to an average cost savings in the range of 50 to 70 cents per interaction.

As AI get better, Juniper projects that the number of healthcare inquiries handled by bots will move from 12% today to more than 75% in five years. In banking, that number will reach more than 90%, according to the forecast.

In retail, Juniper cites the bots of Domino’s Pizza, 1-800-Flowers, Mastercard and Subway.

However, bots for ordering can pose challenges.

If a consumer goes off script, the bot can become confused, collect the wrong information or require the consumer to start an order from the beginning.

Perfecting that will require some serious machine learning as it goes.