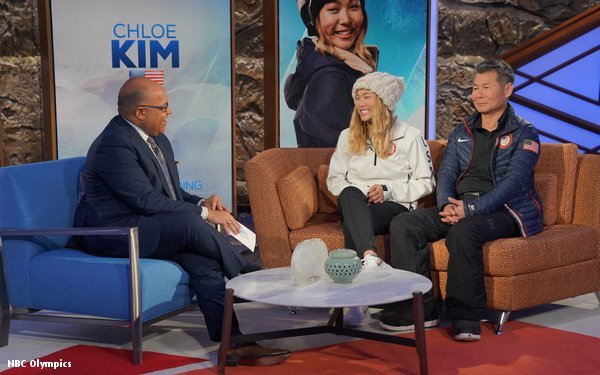 The 2018 Winter Olympics in PyeongChang, South Korea still have a few days to go before they end on Sunday, but NBC Olympics is already touting the metrics for its live-streaming video efforts.

While NBC’s linear TV ratings are somewhat stagnant, the company says that live-streaming efforts -- as well as its “Total Audience Delivery” metrics, which attempt to measure viewership across channels and platforms -- are making up that slack.

Specifically, NBC says that in the first five days of the winter games, viewers watched more than 1.31 billion live-streaming video minutes on NBCOlympics.com and the NBC Sports mobile app. That number will only increase in the days leading up to the closing ceremony -- and it's already more than three times as many minutes as viewers consumed during the entire 2014 games in Sochi, Russia, when the company streamed 420 million video minutes.

Those live video views came from more than twice as many people versus the number who watched live video in 2014, with 11.6 million unique visitors watching live content -- up from 4.3 million in the same time frame during the Sochi games.

The streaming numbers are indicative of a larger shift in live video content consumption. With dozens of events happening at once, and linear TV feeds only able to show one thing at a time, consumers are increasingly turning to desktop, mobile and connected TV devices for Olympics content.

Younger consumers in particular are more likely to watch video content on mobile devices, so while linear ratings are declining, some of those losses are being made up on other platforms.

Of course, cross-platform measurement remains an imperfect science, and that in turn makes it tougher to monetize advertising on different platforms.

As the data improves, ads become more targeted and interactive, and viewership continues to trend from live linear viewing to live OTT viewing, that market opportunity is only likely to grow.