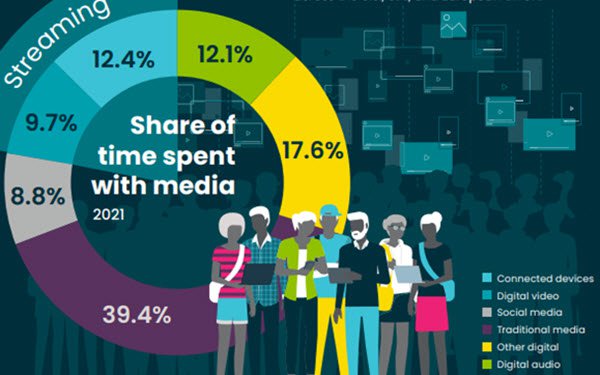 As the number of streaming service options  — and the numbers being used by consumers — have multiplied, content discovery challenges are consistently cited as one of the top drawbacks of the streaming experience.

Now, Conviva has released a study that digs into how consumers actually go about discovering content. It was conducted June 10-14 by Dynata among 2,502 consumers who are over 18, use social media, watch television or other video content through internet streaming, and also watch linear (non-internet-streamed) TV.

General “word-of-mouth” was found to be the top discovery source — cited by 59% — followed by advertising (52%), social media (49%) and recommendations from streaming services (43%).

However, those top-line results overlap somewhat, since the study’s definition of word-of-mouth included social media, as well as in-person buzz: “chatting with or seeing social media posts from friends, family, or influencers." 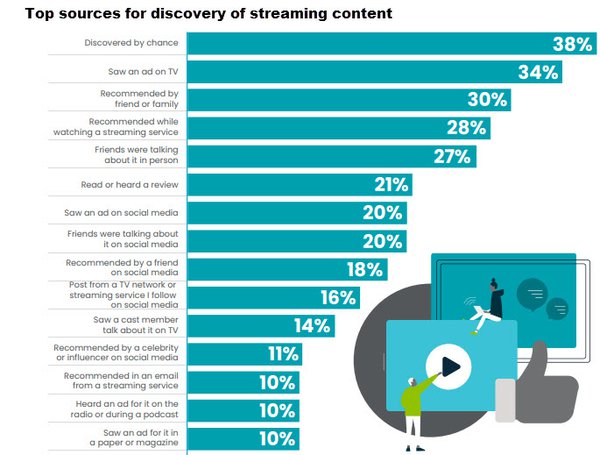 The report also presents other results in support of its argument that social media, rather than being a competitor, is the “most important” source of content discovery.

One key finding: While not within the top sources as ranked by the full sample, social platforms are the top-ranked information source among consumers 18 to 34, with two-thirds agreeing that social media has useful information about TV, movies or shows.

The average number of social media platforms used by heavy streamers was 3.9, compared to 3.4 for the “typical” consumer and 2.3 for non-streamers, according to the report.

Heavy social media users were more than twice as likely to say they spend more than eight hours per day streaming. And consumers who agreed that “social media has “a lot of good information on shows and movies” were also 78% more likely to discover content by engaging with shows on social media. 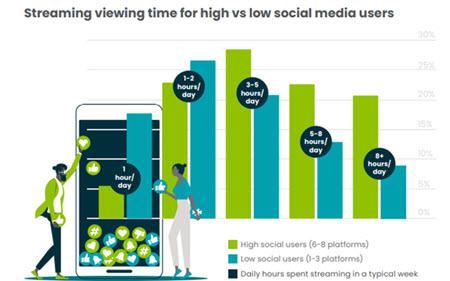 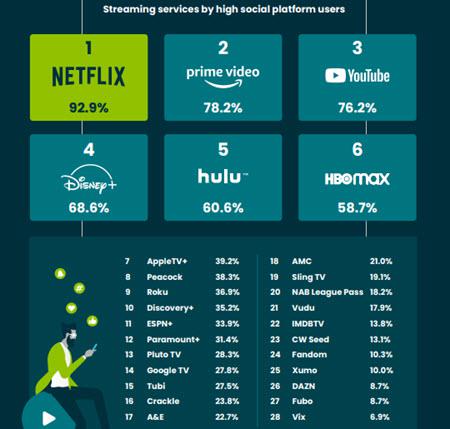 Looking at which platforms are used on a weekly basis, Facebook and YouTube were by far the most-cited by these respondents. 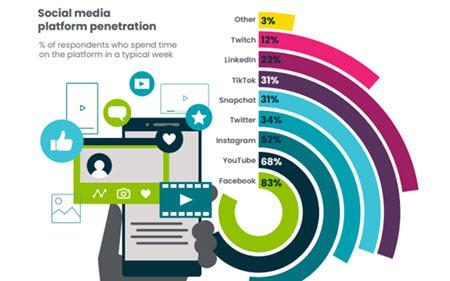 Given that 34% of consumers say their content discovery is influenced by TV ads, 20% by social ads, 10% by podcast ads and 10% by printed publication ads, publishers should maintain a varied media mix in their overall marketing to maximize content exposure, say the researchers.

A finding that up to 65% of long-form video is still consumed on the big screen suggests that 30-second ads remain viable, while  5- to 10-second ad units are better for smaller devices, where 42% of shorter content is consumed on mobile phones.

Given that general web browsing is still the most common activity among consumers (75% said they browse the internet for more than an hour per day and 38% for more than three hours per day), the web “should remain a dominant part of the paid ad mix,” say the researchers.

Nearly as many respondents (71%) reported spending more than an hour per day on streaming, compared to 61% saying the same about social media, 57% about linear TV, and 30% about reading print.

The report also highlights the growing competition between gaming and streaming for consumers’ time, clusters of streaming consumers as defined by how they discover content, and most-watched genres of content.