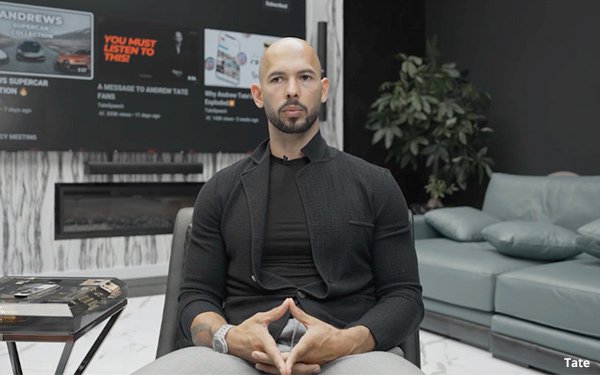 Tate is a former kickboxer who has a history of spreading hateful, violent, anti-woman rhetoric. He attained public notoriety in 2016 after being removed from the popular TV show Big Brother because of a video depicting him attacking a woman.

In April, Tate’s Romanian mansion was raided by authorities after receiving a tip from the U.S. embassy that a 21-year-old American woman was being held against her will. The investigation, which includes human-trafficking and rape allegations, is ongoing.

Tate has since amassed a huge following on social media, especially among younger users. Because of this, parents and teachers have taken part in a widespread online campaign to deplatform Tate.

At the time of the ban, Tate had 4.7 million followers on Instagram.

On Monday, TikTok banned an account of Tate’s after carrying out an investigation. The popular short-form video platform is using software to identify and remove re-uploads of Tate’s videos in violation with its Community Guidelines, as well as flagging offensive content so it won’t be recommended on users’ For You feeds.

“Misogyny is a hateful ideology that is not tolerated on TikTok,” a spokesperson told NBC. “Our investigation into this content is ongoing, as we continue to remove violative accounts and videos, and pursue measures to strengthen our enforcement, including our detection models, against this type of content.”

Over the past month, repackaged videos of Tate gained accelerated growth on TikTok, with Tate-tagged clips being watched over a billion times.

On Tuesday, YouTube became the latest platform to ban channels associated with Tate, including “TateSpeech,” which has over 744,000 subscribers.

The company also says that if another channel re-uploads videos from a previously banned channel, YouTube may remove the content and potentially terminate the channel.

“It is very unfortunate that old videos of me, where I was playing a comedic character, have been taken out of context and amplified to the point where people believe absolutely false narratives about me,” Tate said in an email statement to NBC on Monday.

The only major social media channel that has not yet banned Tate is Twitch. His channel remains active on the platform with 50,000 followers.