The RealReal: Luxury Shoppers Are Trading Down 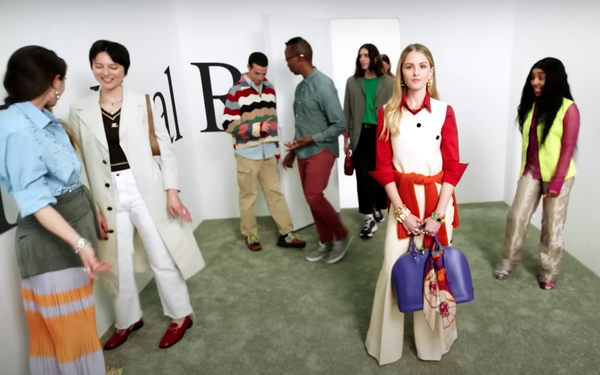 Even luxury shoppers are minding their money a little more closely. The RealReal just released its latest research, which reveals that as the economy gets shakier, its customers are making different choices, trading down from “ultra luxe” fashions in favor of trendier, more affordable items.

And they’re also willing to give up on pristine quality to save money, snapping up items listed in “fair” condition. While these may have visible signs of wear, they’re priced about 33% lower and provide a gateway to luxury, especially to newer, younger members.

“A potential recession, the climate crisis, and global unrest are all reasons that, going into 2023, consumers are making shopping decisions based on value,” writes Rati Sahi Levesque, co-chief executive officer and president, in the report.

While personal values of sustainability still matter, 66% say they shop resale “primarily to get a good deal. We’re seeing our members do this in many different ways, from trading down ultra-luxe bags for more accessible options and buying fair condition items.”

The change is most noticeable in handbags, with prices of the highest-priced bags falling 5% in the six months, and Louis Vuitton bags falling 20%, Gucci 17%, and Hermes 10%.

Sales of more affordable luxury brands are rising. Miu Miu is having its moment, with sales up 55%. Bottega Venetta is up 45%, and Dior has risen by 38%. Burberry, Valentino and Prada are close behind.

The San Francisco-based online marketplace says that Gen Z and millennials are behind the surge in vintage items, up 50% since January of last year. Y2K pieces continue to be high on their lists, led by Blumarine, up 1,278%; Vivienne Tam, up 428%, and Moschino, rising 322%.

Gen Z continues to be the most motivated by circularity, re-consigning 52% more than in the prior year.

Based on its analysis, the RealReal predicts that for women, ultra-feminine dresses and mules (backless shoes) will be in high demand. Meanwhile, men will be keeping an eye out for avant-garde suiting and classic loafers.

In addition to its online platform, the luxury consigner also operates 19 physical stores.

Still striving to reach profitability, the company recently announced changes to its consignor structure, with plans to optimize costs.

In its most recent quarterly results, the RealReal posted a 20% gain in both gross merchandise value to $441 million and revenue to $143 million. It trimmed iosses to $47.3 million, compared to a loss of $57.2 million in the same period in 2021.