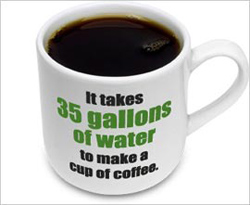 Fidelity Investments is focusing on thought-provoking insights generated by the firm’s equity, fixed income and asset allocation analysts across a range of global investment themes through a thought leadership initiative.

The Fidelity initiative, developed in-house, will explore a variety of themes throughout 2012. The inaugural topic focuses on water economics, featuring Anna Davydova, an equity research analyst covering the environmental sector.

Additionally, Fidelity is launching the initiative in conjunction with its sponsorship of the 2012 TED conference, an annual event that brings together global thought leaders.

The company is always looking for innovative ways to engage its more than 20 million individual, institutional and intermediary clients, said James D. Speros, executive vice president and chief marketing officer, Fidelity Investments, in a release. “By demonstrating the incredibly deep and broad thinking that underpins Fidelity’s asset management capabilities, we hope to spark dialogue on important global issues that may impact today’s as well as future generations of investors,” he said.

Unlike oil, water is a renewable resource, yet in some instances it can become effectively non-renewable. Some regions are already past peak non-renewable water, which occurs when the consumption of underground water exceeds its rate of recharge.

With the global population expected to grow 30% by 2050, and more developing nations transitioning to higher standards of living, regional water shortages and peak water issues will become more widespread.