MasterCard kicked off its renewal of its wo 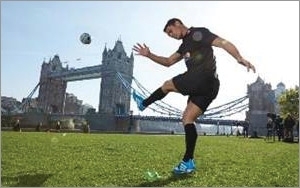 MasterCard will be the preferred card and official payment system of the tournament, which takes place in England and Wales between Sept. 18 and Oct. 31.

“Rugby World Cup is a truly priceless event for rugby fans around the world and we are looking forward to developing ways that we can bring this partnership to life for our cardholders and partners in 2015,” says Ann Cairns, president of international markets of MasterCard Worldwide, in a statement.

As part of the agreement, MasterCard secures a comprehensive rights and benefits package that allows the company to deliver value to customer financial institutions, merchants and cardholders, including the ability to access “Priceless” experiences linked to Rugby World Cup 2015.

The financial services company employs a similar strategy vis a vis its partnership with the Professional Golf Association Tour, now in its 11th year.