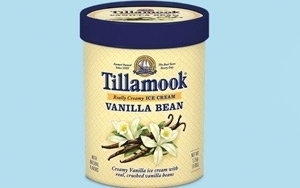 Tillamook Country Creamery Association, a farmer-owned co-op dairy from Tillamook County, Oregon, has named 72andSunny, whose founders hail from Oregon, as its lead agency. 72andSunny will be handling all creative and strategic duties.

Although Tillamook works with several other agencies, 72andSunny is now the lead agency and will be coordinating with the others.

Blackboard Co. was their previous AOR.

The new AOR’s creative debut is expected to launch next year.

With its new lead agency, Tillamook is aiming for increased awareness and a higher profile as it expands both its product offerings and distribution. Although the creamery is largely still focused on the West Coast, the company has increasingly expanded to Eastern states and even now sells products internationally.

The creamery has branched out beyond its core cheese and ice cream brands to include Greek yogurt, butter, and ice cream bars. In early 2015, executives will introduce several new products, including smaller-sized cheeses.

72andSunny was drawn to both Tillamook’s legacy and its potential for cultural impact. “Growing up in Oregon, I have always considered Tillamook the good guys on the grocery aisle,” says John Boiler, CEO and co-founder of 72andSunny, an MDC Partners agency. “This is a great time for Tillamook to disrupt the dairy category, and we look forward to being the creative partners behind this movement.”