Google Makes Changes To Mobile Search To Lure Back Advertisers 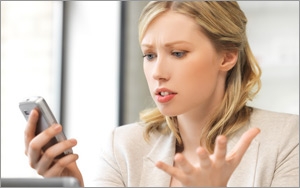 Google recently made changes in the way it would serve mobile search listings and advertisements to increase revenue and make it more competitive for advertisers, according to one source. Some surmise the company stopped reporting results on search ads more than a year ago during earnings calls because of the financial decline.

The data changes are evident to advertisers through Auction Insights reports that show what percent of time the advertisements serve in the top position, compared with competitors.

Now Tim Daly, founder of Vincodo, an Inc. 5000 list agency, said that as of last Friday, his clients have seen an increase of between 30% and 40% in spend and results, after some categories began moving from two to three search advertisements listed in results from the first query.

"I was initially surprised to see that mobile display was bigger than mobile search, but it makes sense given the rapid growth in social media advertising, which skews mobile compared to search, and given the amount being spent on in-app ads and app promotion ads," said Mark Ballard, director of research at Merkle RKG.

Several industry trends -- native advertising and cross-device attribution as well as conquesting -- are most often used to target consumers with ads on a smartphone when physically near a competitor. Advertisers are realizing the benefits from conquesting and have begun to use it more often than search advertising.

For search engine query results, Mike Blumenthal, founder of Understanding Google My Business & Local Search, was the first to notice that Google dropped from seven listings to three. He notes that "Google seems to have completed the rollout of the new local search result with reports of its visibility from Western Europe, Eastern Europe, UK, Australia, South Africa and even Canada (which is usually last in these sorts of things)."

Daly believes Google will continue to roll out changes to categories of search advertising, changing from two ads to three based on search engine queries for smartphones and tablets.