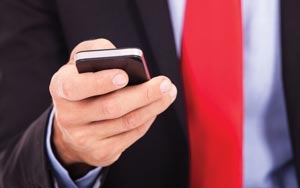 With an especially theatrical presidential primary debate cycle this year, it seems like the political playbook has been thrown out the window.

But between the outrageous moments in debates and the shifting ad-tech landscape, the fundamentals of political marketing remain the same, and mobile devices are playing a greater part.

Eric Nielsen, CMO of Moasis, a location-based ad tech company, says the short lifespan of political campaigns means political marketers need to figure out the landscape of the ad-tech industry quickly and clearly.

“Politicians are still catching up to understanding where consumers spend their time, and the fact that politicians are not utilizing programmatic shows that they’re behind,” he says.

Nielsen says that politics remain a local endeavor, and that mobile devices can leverage the hyperlocal nature of many political campaigns. With the amount of time being spent on mobile by consumers, Nielsen says that “more is better with mobile.”

But many political advertisers are spending too much on platforms like Facebook, which can get cluttered with many competing messages.

Dave Zinman, COO, RadiumOne, a programmatic advertising company, says the landscape has changed, but he feels that it has made politics more accessible to everyone.

Facebook, Twitter, YouTube, Snapchat and other social media are all the gatekeepers of both desirable audiences and information, as opposed to major publications, whose columnists influenced voters heavily.

“Back in the day,” says Zinman, “the only way to communicate was through the three major networks. Campaigns were dealing with demographics on a very coarse level.”

Analysts predict about $1 billion will be spent on digital advertising in 2016, with about $400 million of that being spent on local races.

Nielsen says: “My advice to politicians is: don’t become overwhelmed with tech, do what you’ve always done and target the locations where your demographics reside.”