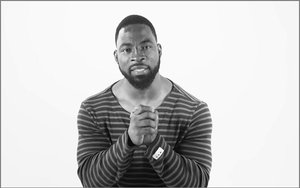 NBC Sports is launching a promotional campaign to make Thursday the official start of the weekend. No coincidence, the network’s "Thursday Night Football" coverage for the current season starts tonight.

Maxus - as the media agency for NBC Universal - partnered with media company Whistle Sports to develop the concept while Whistle Sports created the assets, including a video.

The digital-only campaign centers around a celebrity-centric so-called “public service announcement” designed to drum up support for a three-day weekend that would start on Thursday.

This clip directs viewers to an online Change.org petition that asks the President to officially expand weekends, at least for the rest of the NFL season.

The influencers featured in the video are helping raise awareness by sharing the PSA and the petition through their individual social media channels.

"The extended weekend would, if enacted, give Americans the chance to come together - in stadiums, restaurants and on millions of couches across the country - to cheer their favorite teams during Thursday Night Football no matter how long the games go," the network asserts.

Petitions usually need 100,000 signatures within 30 days to receive an official response from the White House. This one currently has 9,145 endorsements.