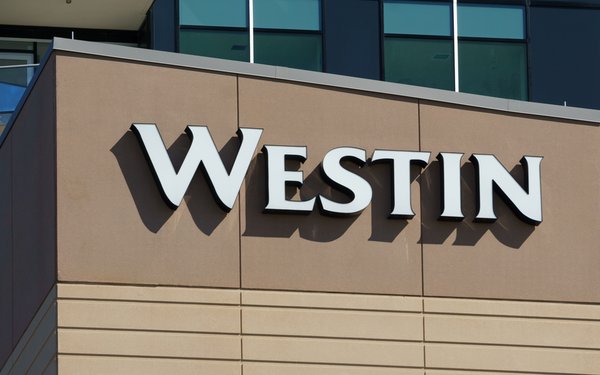 The Project Rise: ThreadForward initiative is part the next chapter of last year's Let's Rise global campaign that seeks to enhance traveler's well-being.

As part of that effort, Westin launched the Project Rise challenge to ask associates to submit ideas based around six general pillars of well-being with the brand ultimately selecting and funding one solution.

"Westin saw an opportunity to not only create an innovative industry-first upcycling program, but also empower sleep in an entirely new way," says an agency spokesperson.

In five months, 50 Westin hotels around the world contributed approximately 30,000 pounds of bed linens and terry to be sorted, broken down and rewoven into new material. A new and proprietary upcycling process was developed specifically for this program to ensure the new fabric met both U.S. Consumer Product Safety Commission regulations and provided the comfort sought in children’s pajamas, says the spokesperson.

Beginning on April 16, Westin will start to distribute these pajamas to children in need across the globe through alliances with non-profits.

VB&P was "instrumental" in the formation of not only the Project Rise associates program with Westin, but subsequently helped shape ThreadForward along with its clients from inception to execution, says the spokesperson.

Now, to help jumpstart awareness, the project is releasing a video along with social communications to encourage people to visit Westin’s retail site at westinstore.com to purchase a pair of pajamas to benefit the program. Although the initial messages are being rolled out on Westin’s owned properties — specifically the website and social channels — worldwide throughout the month ahead, Westin hopes this project will expand beyond the brand's hotels.