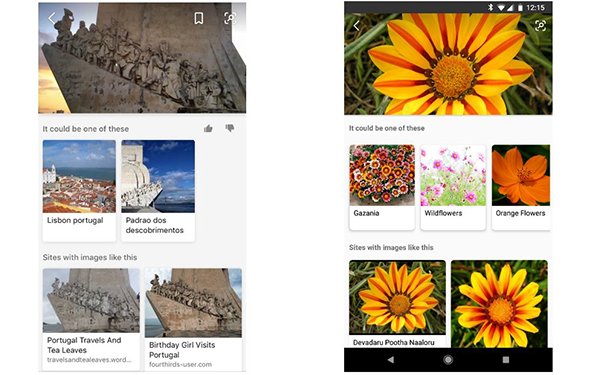 A visual search feature on Bing, launched Thursday for Android and iOS devices, allows users to learn more about their environment as well as clothing and other items in photos, through the camera on their phone.

The search capability -- available in the U.S. across the Bing app for Android and iOS, and Microsoft Launcher for Android only -- also will roll out soon for Microsoft Edge on Android. The service will also be coming soon to Microsoft Edge for iOS and Bing.com.

The feature enables users to either snap a photo or upload one from their camera roll. The user then focuses on an object in the picture to gain more information. Bing will identify it and then serve up information about location, as well as links.

Microsoft also touts the ability to shop from a mobile phone photo for fashion and home furnishings. The app provides the ability to upload a picture into the app’s search box and Bing will return visually similar jackets, prices, and details for where to purchase.

This is not the first app with a visual search feature. In fact, Neiman Marcus in 2014 introduced an app that allowed consumers to snap a photo and search for a similar item to purchase it. The technology matches photos to help consumers connect with that must-have article of clothing or handbag, without knowing the brand name.

eBay also launched two visual search tools allowing online shoppers to use photos they take and save on their phone to find matching products from the marketplace’s catalog.

The big difference with Microsoft’s tool points to the ability to visually search for information about the image in the photo, whether an article of clothing or a tree or a flower.

And while there is no mention of how the technology matches the image in the photo to the information, it is likely that through artificial intelligence and the knowledge graph that associated one object with another, which Microsoft has been building for years.