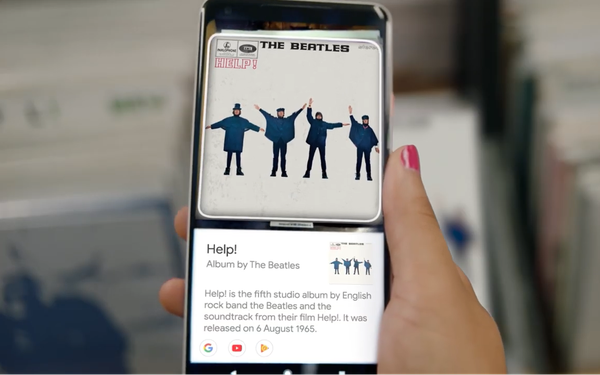 The Beatles' John Lennon and Paul McCartney wrote the song, but Google licensed it as the soundtrack to tell the world how the company will "Help!" make this world a better place for users of its products, as well as advertisers, tech partners, and society overall.

The campaign — featuring one 60-second and several 15-second spots — was created by Google’s in-house Brand Studio.

On Thursday, Google will debut the 60-second spot during the MLB Opening Day and the NCAA Sweet 16.

The spot, Here to Help, features user-generated content to show real, relatable life moments where Google products help make life better, such as directions to an airport, instructions on un-sending an email, or finding a way around heavy traffic.

The 15-second spots created by users, from Guilty dog to Cymbal, will roll out across TV and online throughout the rest of the NCAA tournament and MLB Opening Week.

The TV ads will run for four weeks across select markets and will continue through the summer across a variety of online channels such as YouTube, ESPN, VOX, Twitter, among others.

The ads also will run in print publications such as The New Yorker, The Wall Street Journal, Forbes, and others.

Google’s mission during the past 20 years, according to the company, has been to help people live better in their everyday lives through its products and technology such as search.

The company helps entrepreneurs start businesses by building a free website or helping people find timely information about evacuation routes during times of tragedies such as forest fires. It also invested in building a search engine for veterans to help them find work after returning from active service duty.

On March 20, Google celebrated the one-year anniversary of its Google News Initiative, a $300 million project to support digital journalism, as more content gets indexed in its search engine and increasingly publishers fight the battle of misinformation in articles and advertisements.

Given all the work Google has done in the past two decades to provide accurate information, the song “Help!” seems fitting as a theme to highlight the achievements, even challenges. Whether the songwriters ever thought the song would end up in a spot like this is unlikely, but the lead phrase “Won’t you please, please help me?” seems fitting.