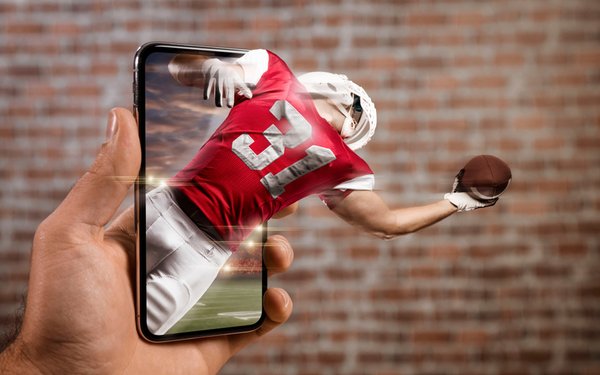 The National Football League (NFL) is considering launching its own streaming TV-video service, tentatively called NFL+ -- one that would include NFL game content, according to a report.

The service could have a $5 monthly subscriber fee.

An NFL digital video service is "under consideration," according to Brian Rolapp, the NFL's chief media and business officer.

Rolapp's remarks came via a story in Front Office Sports, on Monday.

NFL representatives did not respond to inquiries for further comment by press time.

In addition to actual "game" video, the platform would include radio, podcast, and team content.

A streaming service could start next year, according to Rolapp. Right now, through the Yahoo Sports app -- which is owned by Verizon -- consumers can stream in-market NFL games.

At the same time, the NFL is currently negotiating with TV networks and digital media companies for the next Sunday Ticket package of out-of-market games.

This deal could also include a possible minority stake in NFL Media, which includes the NFL Network cable channel.

This comes after a year in which the league struck a new massive TV rights deal -- collectively valued at more than $100 billion over an 11-year period -- among its TV network partners ViacomCBS, NBCUniversal, Disney-ABC Television and Fox Corp.

The deal also includes rights for those companies to air games on their company-owned streaming platforms.

Major tech companies have been aggressive in pursuing NFL content for some time.

NFL Network will continue to televise a select schedule of exclusive NFL games on a yearly basis.