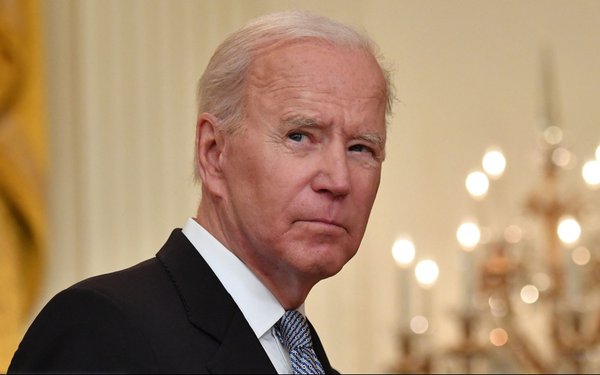 The White House on Thursday called for a host of new technology laws -- including ones that would restrict data collection and targeted advertising.

“There should be clear limits on the ability to collect, use, transfer, and maintain our personal data, including limits on targeted advertising,” the administration stated Thursday at a meeting regarding tech platforms. “We especially need strong protections for particularly sensitive data such as geolocation and health information, including information related to reproductive health.”

The Biden-Harris administration also said it was seeking an overhaul of Section 230 of the Communications Decency Act, which currently protects tech companies from a broad range of lawsuits over material posted by users.

“Tech platforms currently have special legal protections under Section 230 of the Communications Decency Act that broadly shield them from liability even when they host or disseminate illegal, violent conduct or materials. The president has long called for fundamental reforms to Section 230,” officials stated.

The administration didn't elaborate on how it would define “large” tech platforms.

While Section 230 currently is broad, the law already has exceptions that allow tech companies to be held liable for hosting users' posts that violate federal criminal laws.

Even without Section 230, companies that host material that's "violent" but legal are protected by the First Amendment.

The tech-industry funded think tank Chamber of Progress, which has defended Section 230 against critics in the past, responded to the White House's statement by arguing that the law should be strengthened, not removed.

“Children, adolescents, and teens are especially vulnerable to harm,” the White House stated. “Platforms and other interactive digital service providers should be required to prioritize the safety and wellbeing of young people above profit and revenue in their product design, including by restricting excessive data collection and targeted advertising to young people.