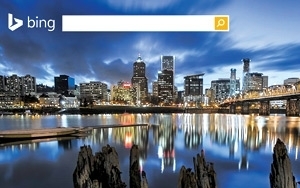 Microsoft said Friday that it will open in Miami its first Innovation Center in the United States. The center, scheduled to open later this spring, will feature the latest tools and technology, including Bing.

Miami was chosen because of its close proximity to Latin America. This facility becomes the first in a series of new Microsoft Innovation Centers the company will open across the United States, and will also serve as the flagship technology center connecting Miami to key communities in the Latin American (LATAM) region.

The center should help to create jobs, increase the number and availability of skilled technology specialists, and facilitate collaboration among a variety of diverse groups in the greater Miami area.

Fernando Bazan Athie, emarketing supervisor in LATAM at 3M, highlighted the growing opportunities across the Latin American community -- especially Brazil and Mexico -- during his keynote presentation at the most recent MediaPost Search Insider Summit. He said Latin American users conduct more than 179 Web search queries monthly -- about 24% more than American users. Many of those are done on smartphones, which isn't an option, but rather a way of life for residents.

The Windows mobile phone operating system continues to gain momentum in Brazil and Mexico, per eMarketer, which points to Kantar Worldpanel data. In Brazil the mobile operating system remains the only one to hold its ground against the Android OS in Q1 2014, increasing market share from 4.0% in December 2013 to 5.5% in March 2014.

The Miami Microsoft Innovation Center was established as part of the Microsoft CityNext initiative, a program that aims to improve innovation in urban areas by tapping into ideas, energy and expertise of local residents to create a healthier, safer and more sustainable place to live, per the company. The center join the more than 100 facilities operating in countries worldwide.