Horizon, Geico Sign On For Mobile Series About NFL Players 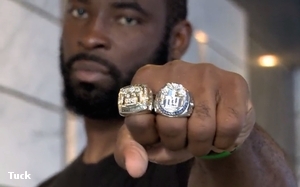 Mobile video platform Torrential has developed a new series called Digital Diaries that chronicles the off-the-field lives of NFL players. Horizon Media brought its client Geico to the project as the lead sponsor. And Mandt Bros. Productions is producing the series.

This multi-company collaboration represents a new chapter for mobile content as it shifts from the niche to the mainstream. "Part of our model is to enable content creators to 'pilot' ideas in short-form mobile video," said Doug McCurdy, co-founder and President at Torrential. "It’s cost efficient and agile. As ideas take hold with audiences, we fully expect them to be produced in longer form -- like a farm system for great programming ideas."

The episodes are designed to be highly shareable, and social media will also be leveraged to expand the reach of the series. Weekly episodes are also accessible through the Torrential TV app.

“Mobile-first content is where marketers want to go, and we’re going to help take them there,” said McCurdy. “We’re bringing content, technology and advertising together to make this mobile video market much as we did in the early days of online video.”

It wasn't difficult to attract supporters to this project, says McCurdy, who spearheaded the concept. "We partnered with Mandt Bros., really a terrific sports producer, to create a formula that works year round for pro-athletes in-season off-the-field." Then, Torrential approached Horizon Media, who in turn, brought in its client Geico. "They valued the key facets: mobile video, premium original sports programming, NFL stars, in-season, Hollywood producer," he says.

The first episode features Oakland Raiders' Justin Tuck. Then a new episode will debut weekly through the end of the regular NFL season.

Word of the project comes the same day that a 4As/ Ipsos OTX survey was revealed that found that almost two-thirds of Americans (62%) and advertising executives (65%) believe that recent episodes of domestic violence featuring NFL players will affect Super Bowl advertising.