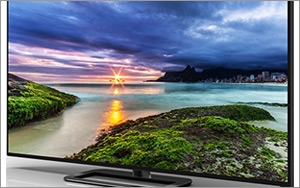 YouTube CEO Susan Wojcicki promises to add virtual reality and 3D support for videos that play back in its 360-degree format. The announcement, made at Vidcon in Anaheim late Thursday, comes one day after the debut of the first 360-degree online ad from Bud Light. It also leverages Google Cardboard, the company's virtual reality headset.

Wojcicki called YouTube "the reinvention of television" -- where traditional rules of strict time slots are gone, and search makes it possible to access content on demand from any device.

The number of viewers coming to YouTube who start and search at the site's home page rather than google.com, similar to the way they might turn on their TV, is up over three times year-on-year, she said.

Wojcicki also previewed a redesigned mobile app that will offer an easy way for fans to opt-in to all notifications from favorite creator's channels. She spoke about the live-stream feature that will go from a 12-step process to three, and the addition of two new studio spaces in Toronto and Mumbai.

YouTube has seen 100% year-over-year revenue growth from mobile, with more than half of YouTube views and watch time now on mobile devices. The number of people watching YouTube per day rose 40% year over year since March 2014.

More than 400 hours of content gets uploaded each minute. Revenue in the "six figures" paid out to channel content creators has grown by more than 50% year over year, and the company has seen this level of partner revenue growth for three straight years.

Growth in watch time on YouTube has accelerated and now accounts for more than 60% year over year. The amount of content uploaded to YouTube has grown over the past year, with more than 400 hours uploaded each minute.

"The most important part about the reinvention of television is the social nature of online video -- the connection between you and your fans," Wojcicki said.

The connection changes what it means to become a celebrity. A survey done earlier this year found that eight of the top 10 of the most popular celebrities among American teens were YouTubers, not movie or television stars, she said.

The survey among U.S. teens ages 13-18, conducted by brand strategist Jeetendr Sehdev and first reported in Variety, asked respondents how 20 well-known personalities stacked up in terms of approachability, authenticity and other criteria considered aspects of their overall influence.