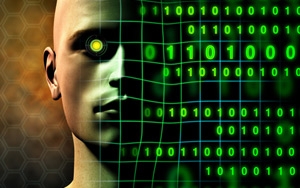 Global technology companies such as Amazon Web Services, Infosys and Tesla Motors, alongside Elon Musk and Peter Thiel, among others, committed a $1 billion investment to OpenAI. The nonprofit artificial intelligence research company aims to advance digital intelligence to benefit humanity, though it expects to spend a tiny fraction of that sum within the next few years.

The company hopes to grow OpenAI into an open source "institution." The group intends to become the governing body of artificial intelligence, overseen by research scientists and developers who have the expertise to determine the possibilities and potential dangers of machine intelligence initiatives.

One possible media application: Advertisements that adapt to human reactions could become the next step of engagement offline and online, as well as tie together the mediums. In July, The Guardiandetailed a partnership between M&C Saatchi, Clear Channel and Posterscope featuring a poster that could read the reactions of its audience and adapt itself to connect with the viewers.

Through software and technology, camera and sensors in desktops and mobile devices, it may be feasible to run similar types of campaigns in other types of media, such as display and search.

"Since our research is free from financial obligations, we can better focus on a positive human impact," the OpenAI team wrote in a blog post. "We believe AI should be an extension of individual human wills and, in the spirit of liberty, as broadly and evenly distributed as possible."

OpenAI's research director is Ilya Sutskever, one of the world experts in machine learning. The CTO is Greg Brockman, formerly the CTO of Stripe.