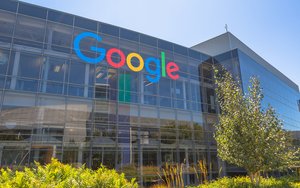 Google's latest product announcements have been all about hardware and machine-learning technology, but Alphabet's core company still has its financial teeth tightly locked onto search engine advertising.

Alphabet on Thursday reported a record $22.4 billion in sales for the third quarter of 2016 ended September 30, with $19.8 billion of the revenue coming from advertising -- up 18% from the year-ago quarter.

"Mobile search and video are powering our core advertising business and we’re excited about the progress of newer businesses in Google and Other Bets," said Ruth Porat, CFO of Alphabet, in a prepared statement.

Data has been a key element of Google's success. In September, Google announced it would allow marketers to retarget consumers across devices, using deterministic data, according to Jon Schulz, CMO of Viant.

"With deterministic data, Google doesn’t need to rely on cookies for targeting, allowing it to pinpoint consumers with a much higher level of accuracy on mobile," Schulz said. "Google hopes this approach will help it to compete more aggressively against Facebook on mobile, as marketers increasingly invest in the channel. It is a smart move."