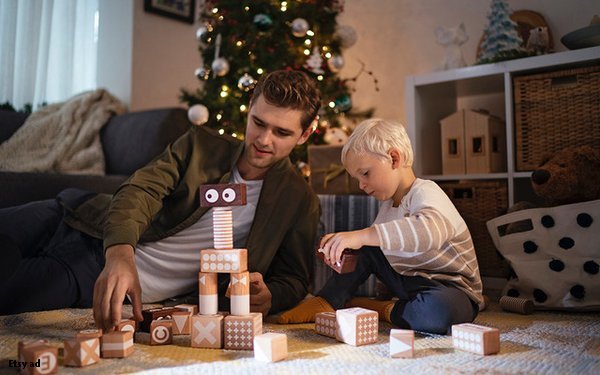 For the first time, Etsy is introducing TV ads for the holidays in a campaign so strong that an analyst who follows the company is upgrading his outlook for the crafty ecommerce company.

Themed “Here’s to the Givers,” Etsy’s effort is rolling out in two phases, starting with a Halloween version and then a Christmas campaign.

Ads spotlight Etsy goods that are clever and quirky, and also focus on the company’s move into free shipping, now available on millions of items -- as well as the 18 products that star in the spots.

In a company blog post from CMO Ryan Scott, Etsy says plans call for the spots to air on cable and broadcast networks in the U.S., including prime time. They're also set to appear on streaming platforms, including Hulu. New versions are to run in the U.K. at the end of next month.

A spokeswoman tells Marketing Daily  the ads are from Etsy’s in-house team, in partnership with Frank Collective.

The one-two punch of the new campaign and free shipping offer inspired Ygal Arounian, an analyst who follows Etsy for Wedbush Securities, to upgrade his rating on the company to “Outperform” expectation.

Arounian expects Etsy’s market share to grow as the number of ad impression increases, along with improvements in profitability as the company optimizes its ad spending. He adds that the Brooklyn-based Etsy’s plan to transition to Google Cloud may also open up greater computing power, helping build search-and-discovery improvements.

Meanwhile, the holiday forecasting season is officially underway, with Deloitte first out of the gate. The company predicts a hefty overall increase of between 4.5% and 5% from the 2018 season, compared to the rise of 3.1% last year. That gain would put total sales at about $1.1 trillion.

Deloitte is also calling for ecommerce gains that are even more dramatic, rising between 14% and 18% from last year to somewhere between $144 to $149 billion.