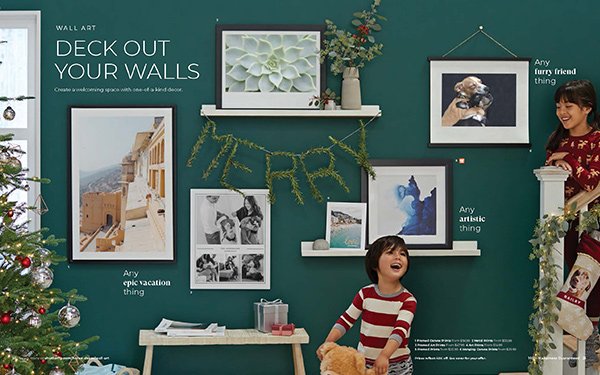 Shutterfly launched an advertising campaign Monday -- its first in the past three years.

The campaign, titled "Anything Flys," challenges the social norm around sending holiday cards and emphasizes the importance of connecting with friends and family.

The campaign’s message — that any welcome home message, any memory, any holiday celebration is meaningful — shows there are no rules when creating cards, especially during the holidays.

The online videos and digital advertisements highlight the notion that no matter what people choose to share, capture, or celebrate, it will always fly with Shutterfly.

To celebrate the company’s twentieth anniversary, Shutterfly partnered with the creative agency Argonaut to develop a holiday campaign based on cultural and consumer insights on what it means to share photos within today’s landscape.

From the perfect family thing to the dogs family thing and the cat mom thing -- and the where does this actually say happy holidays thing -- Shutterfly wants consumers to know that any message they want to share "flys."

Despite the number of digital outlets and social media channels that allow people to continually share information about their lives, many consumers feel empty, resulting in an absence of personal connections, according to Shutterfly research findings that suggest constant sharing has “cheapened,” not deepened” relationships.

Consumers also believe physical photos are meaningful gifts, but often feel pressure that their photo gifts need to be “perfect.”

The campaign kicked off today and will run through December 16, on TV, CTV/streaming audio, iHeart Radio, podcasts, social media, and YouTube.