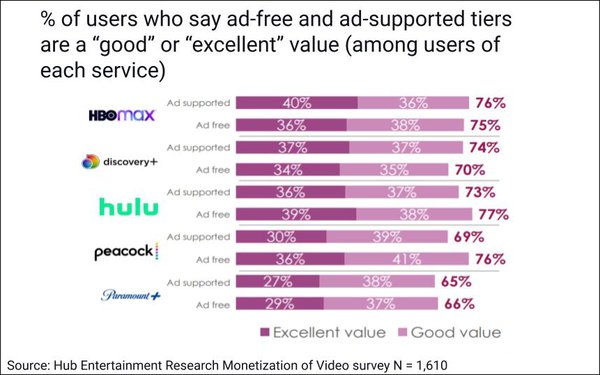 U.S. consumers give the ad-free and ad-supported tiers of major video-on-demand streaming services (SVODs) similar rankings when it comes to value, according to the latest annual “Monetization of Video” study by Hub Entertainment Research.

The difference in value rankings for the two types of tiers varied by just one percentage point for HBO Max and Paramount+, four points for Discovery+ and Hulu, and seven points for Peacock (chart above).

The ad-free versions of Peacock, Hulu and Paramount+ got higher value rankings than their ad-supported tiers, but in the opposite was true for HBO Max and Discovery+.

Hub surveyed 1,610 U.S. consumers ages 16 to 74 in June. All respondents have broadband and watch at least on1 hour of TV per week. The sample was U.S. census balanced.

In a confirmation of how competitive the current SVOD environment has become, the survey also found viewers ranking the top nine SVOD brands very similarly — with just an eight-point spread between the highest and lowest-ranked services. 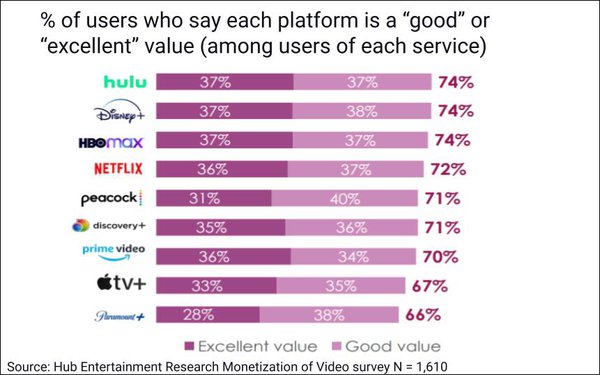 In what looks like mixed news for SVODs looking to charge for account sharing, one-third of consumers overall, and 45% of those 16 to 34, said that the ability to share accounts with people outside their homes would make them “a lot” more interested in signing up — but just 20% overall said they are “definitely” willing to pay something more for it. 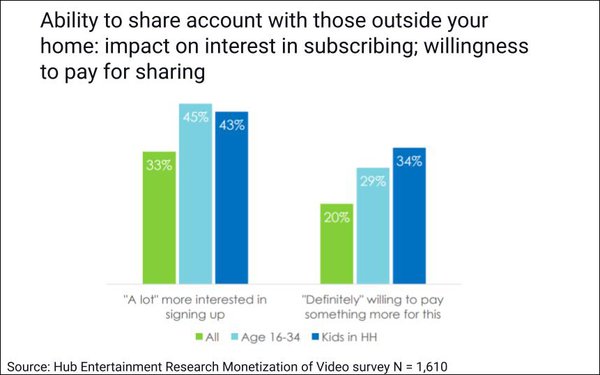 There is good news about consumers’ appetite for paying to stream new movies at the same time as they are released in theaters. This year the number willing to pay is higher at every price point is higher than in 2021 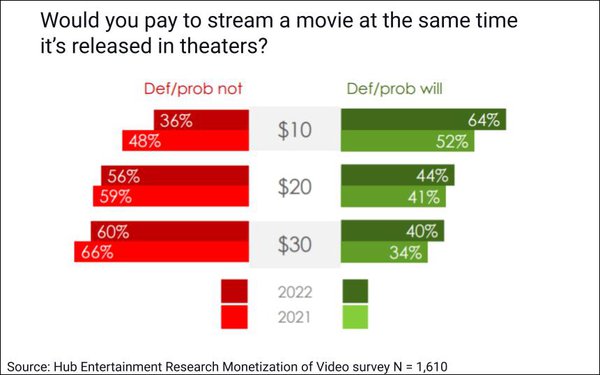 Importantly, given the slowdown in North American subscription growth -- in particular for Netflix and other majors -- viewers’ estimates of their total TV spending, and what they think is a “reasonable” amount to spend on TV, are both declining: 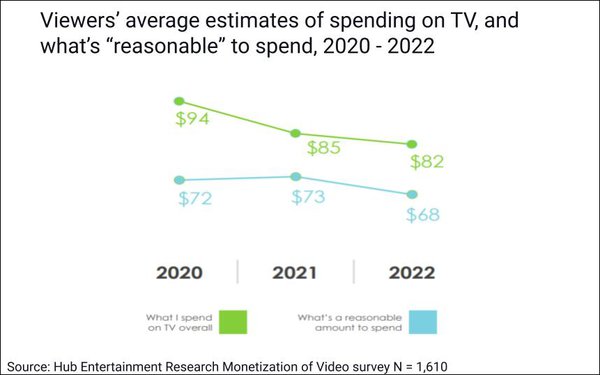 However, the results also point to opportunities for aggregators and pay-TV operators to make their offerings more valuable to consumers.

Pay TV providers may have the most to gain: 87% of pay-TV subscribers who watch streaming platforms through their set-top boxes say the ability to do that makes their pay-TV subscription more valuable, and 48% say it’s “a lot” more valuable.

In addition, 70% of those who access their streaming services through set-top boxes rated their pay-TV subscription as an “excellent” or “good” value. In comparison, just 50% of pay-TV subscribers who don’t aggregate their services viewing on their STBs said the same. 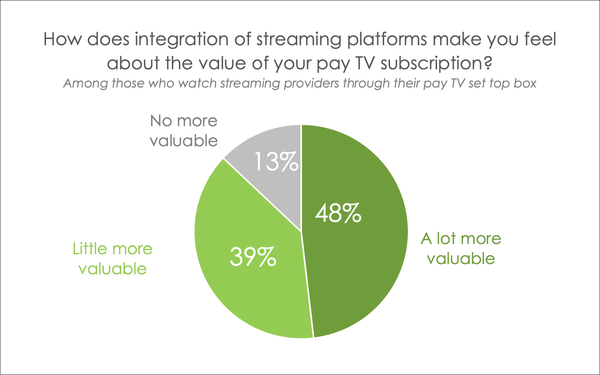 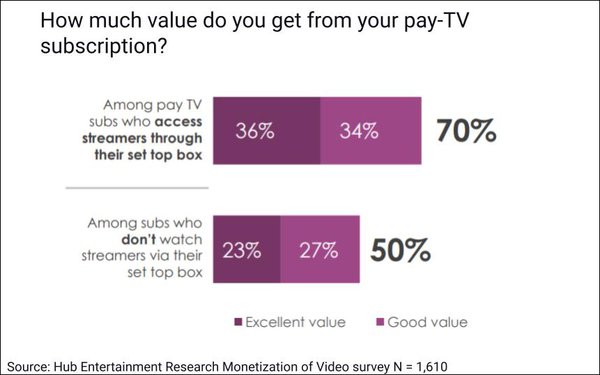 Asked how aggregators improve the TV experience, the most common reason mentioned (39%) is that it makes it easier to watch content across all of their different sources. But for many, it also makes it easier to manage the subscriptions themselves:  a third say they like the ease of adding new providers (34%) or of pausing or cancelling them (31%).  And 33% say they like the convenience of consolidating multiple subscriptions into one bill.