Valpak Gets Into Data Business 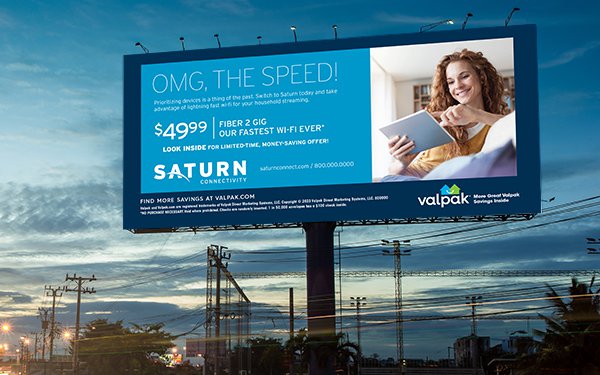 Valpak, known for its iconic postal mailers, has launched an advertising service that converts the outside back of the company's iconic blue envelope sent through the mail into a traveling billboard. The company also will focus on data, using the more than 100,000 data points on every household in the United States to support advertisers.

“We are creating Valpak to become a data company that, whether through mobile, the website, or the envelope, will better understands how consumers shop,” says Jay Loeffler, chief revenue officer of Valpak.

The data is being used to target Valpak mailers to consumers, but the company will also use the data for post analytics on campaigns, as well as sell the privacy-compliant data in audience segments to other companies, from partners to direct-mail companies.

The mailer receives about 100 million impressions across the United States. It’s built on U.S. household data, as well as direct marketing and omnichannel media solutions.

The company has data on about 120 million households, but Loeffler said the mailer is sent to about 41 million homeowners and families with an average estimated income of $130,000. It will offer advertisers an alternative to television or out-of-home advertising.

“Within that 41 million, we can target down to the household level,” he said.

Valpak collects more than 100,000 data points on most every household in the U.S. The data points include people who have recently moved from one home to another. Loeffler said the company has built data models looking at attributes and propensity indexes.

For example, it can analyze at what point someone is considering moving and thinking about Internet access, cable companies, storage units, gardeners, and other stages.

“We’re entering a time of economic uncertainty, and consumers are looking for offers to sustain their lifestyle,” Loeffler said.

Loeffler joined Valpak about three months ago to create new advertising services by capitalizing on the company’s years of privacy-centric data collected from consumers.

Valpak also offers online services. The United States Post Office, through USPS, has a service called Informed Delivery, he said, where consumers can sign up for an email to let them know when mail is delivered. Valpak works with USPS for the Informed Deliver product. On its website, USPS will serve a banner about Informed Delivery on the Valpak site.

Subscribers receive preview images of their mail directly to their mobile devices via email. It also can be accessed through an online dashboard. Through its partnership with the Postal Service, Valpak can create fully enhanced graphics of its envelope displaying Premier Plus advertising, giving consumers another channel for brand engagement.

This is all part of the Premier Plus program. Advertisers can utilize Premier Plus to deliver the right message to the right households while integrating a range of digital and omnichannel marketing extensions.

The first unnamed partner will start its mailing in December.

Valpak’s outside-the-envelope ads have been used by Tennis Channel, HGTV, Legoland, Shutterfly, and Panera. With the introduction of Premier Plus, Valpak has expanded the size and graphic appeal of these ads to take over the entire back of its Blue Envelope, creating opportunities for striking visual advertising, the company said.