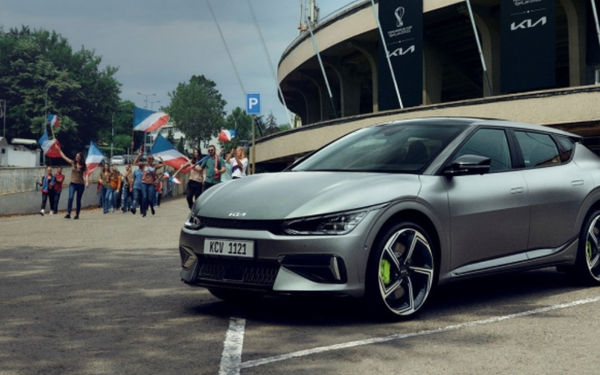 Kia is kicking off a global effort tied to the FIFA World Cup 2022.

The automaker’s key brand message for this year’s World Cup, which runs from Nov. 20 to Dec. 18, is “Inspiration. It’s In All Of Us.”

Kia, which has been an official automotive partner of FIFA since 2007, will feature initiatives showing the brand’s dedication to the sport and its contribution to unite people worldwide.

Every four years, fans learns that football (or soccer, as it is called in the United States) is not just a sport, it’s a movement, according to the automaker.

“Every shot, every tackle, and every second gives people the belief that they are all capable of great things,” per the automaker. “To that end, Kia will unveil a campaign hero film featuring daily lives of people who are inspired by the moment of the World Cup on TV and social medial channels including YouTube and Instagram.”

The effort includes a social media campaign, #KiaInspireTogether, encouraging fans to create own content showing their passion for their teams. The best content will be used as highlight videos by Kia, and the videos will eventually be showcased through electronic boards at the stadiums.

Rafael Nadal, Kia’s global brand ambassador, along with other influencers will also upload videos cheering for their national teams to encourage more fans to take part in this campaign.

Kia’s Official Match Ball Carrier campaign will highlight the dreams and inspirations of 64 children from about 20 different nations globally, for the once-in-a-lifetime experience of carrying the official match ball to the pitch alongside the players and match officials.

In addition, Kia will document the children taking one step closer to realizing their dreams through the OMBC experience and promote their stories through social media.

As the official mobility partner, Kia will provide a fleet of vehicles for players, referees, management and staff.

Nearly 300 vehicles, including Telluride, Sorento, Sportage and Carnival, will be joined by 80 of Kia’s most eco-friendly models (EV6 GT-line, Sorento PHEV and Niro PHEV) as well as 70 buses. This will mark the first time Kia is operating eco-friendly vehicles in the FIFA event.