Elon Musk’s rationale for utilizing a premium subscription mode for verifying the authenticity of people on Twitter got me thinking about an authentication model I tried -- but failed -- to develop as a side hustle in recent years. I call it “proof-of-you,” which was a play on blockchain models utilizing “proof-of-work” and “proof-of-stake” to mine cryptocurrencies, create NFTs, and power most of the smart contracts that have been the early stages of the Web3 economy.

Initially, I did not start thinking about the problem of authenticating people in social media platforms like Twitter, although I think my proof-of-you model solves the problem for them as well.

I began thinking about it in the early days of programmatic trading, when agencies told me they were transitioning from buying media to reach audiences to buying the audiences themselves through exchanges, platforms and marketplaces that traded pieces of their identity like a derivatives market.

The problem was that the snippets of identity data they traded often were not very good, because they utilized things like third-party cookies and devices IDs that -- as Musk might explain it -- didn’t have very good “signal-to-noise ratios.”

Those trackers deflated the identity of people when users dumped their cookies, utilized incognito modes, VPNs, ad blockers and a variety of other technologies. They inflated -- or I should say, conflated -- identities when multiple users utilized a device or browser that the trackers defined as an individual person.

There were other problems too, but the bottom line was that with the exception of first-party identity data -- information the consumer provided willingly about themselves -- the data wasn’t very good, and we ended up citing industry anecdotes about the probability of a data-management platform even getting our gender right as being a 50/50 proposition.

Honestly, even first-party data has issues that I don’t think the ad industry wants to accept, since it has emerged as the new gold standard and solution to the deprecation of cookies and device trackers.

And by that, I don’t just mean how they are used to do lookalike target and audience reach extension, but that they don’t actually prove who someone is. In reality, they only prove who someone is in the context of whatever way a marketer or media platform got them to opt in, and in most cases it was because of some impulse offer, content access or because it made doing something more convenient than trying to do it anonymously.

Even worse, I believed that people were far more complex and dynamic than any momentary snapshot of data about them would never actually represent who they are, and perhaps more importantly, how they are changing over time.

To do that, you need a system in which people were constantly updating their own data to prove who they were to other third parties, principally advertisers and media, but occasionally other institutions, and even other individual people.

So I launched a venture that utilized Wall Street’s ask/bid model, but instead of trading stocks, it enabled people to trade their identity – as well as explicit actions like consideration, trial, conversion, etc. – with brands who offered them the best values for it.

Importantly, it was 100% up to any individual to decide what information about their identity they wanted to make public in their profile, or what they were willing to trade as part of a private exchange with a brand bidding for it.

In our market trials we proved people were willing to trade even some of the most sensitive identity data bout themselves – everything from finance and credit scores, all the way up to their physical DNA – depending on what a brand was offering them for it.

Keep in mind, much of this data already exists about them in the “real world” via regulated marketplaces – FICO scores, HIPA data, etc. – that capture, organize and define who they are – often incorrectly – to third parties that bid for them in the open marketplace.

In those cases, people have very little knowledge or leverage about how that data is compiled, organized and used to identify their authenticity and value as a person in the marketplace, and I find it truly ironic that two of the Big 3 credit bureaus now operate audience management platforms that brands used to target people explicitly.

Again, aside from the ethical or moral implications of these identity marketplaces, I’ve believed they just weren’t that good and could be made better if you gave people the ability – and the reason – to prove who they when you needed them to prove it.

Interestingly, when we were developing our proof-of-you model, we had to build it based on industry standard verification models for digital media, so we utlized the default standard of email verification for new users, but we believed that given enough time – and good enough reasons – people would eventually add higher order forms of verification – mobile phone numbers, credit cards, etc. – when it made sense. And perhaps most importantly, when they trusted that the other side was equally authentic and offering to exchange the right value to enter into a relationship with them.

Uber, Lyft, Airbnb and the ilk had already proven that market structure works, because it works for both sides of the authentication market. In the case of Uber, the passenger and the driver. In the case of Airbnb, the guest and the host.

The problem with Musk’s paid verification model for Twitter users, is there is no corresponding transactional component to it. You are simply paying Twitter for the right to have a stamp of approval. There is no other quid pro quo involved. At least at this stage of the game.

If Musk was really smart, he’d build that in and make Twitter an intermediary between consumers and brands that want to have authentic, value-based relationships with each other.

While my venture ultimately failed due to lack of resources, I still believe the proof-of-you model is the right one for an era in which we will increasingly be dealing with authentication issues, not just to mitigate fraud, invalid traffic, bots, trolls, nefarious state actors, etc., but to have an indelible, but dynamic representation of who we are as our own personal identities evolve over time and change with every new technology or media platform experience that becomes a part of who we are – from deep fakes to avatars on the metaverse.

If this is something Musk is serious about developing, I recommend he talk to Tim Berners-Lee, the guy who literally invented the internet, and also founded Inrupt, which is the closest thing I’ve come across that lives up to the proof-of-you model. 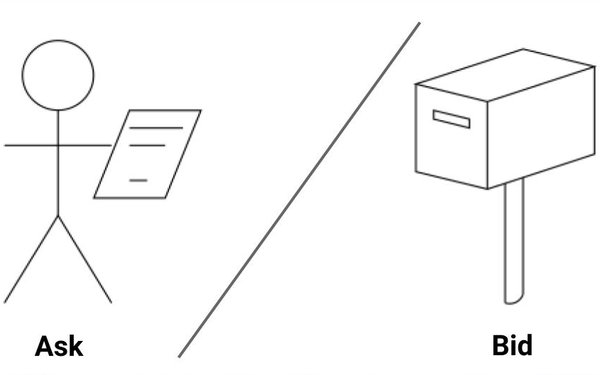