23% Of Ad-Supported OTT Service Users Click On, Buy From Ads 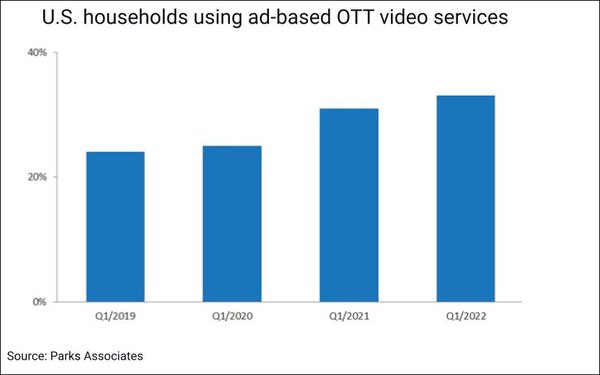 The responses include users of at least one ad-supported video-on-demand (AVOD) or free, ad-supported streaming services (FASTs).

About 37 million U.S. internet households use at least one ad-supported streaming service now -- and the uptake is indeed being accelerated to a degree by consumers’ moves to reduce discretionary spend by switching away from traditional pay-TV and some subscription-based video-on-demand (SVOD) services, according to Parks Senior Contributing Analyst Alan Bullock.

“As consumers continue to move away from traditional pay-TV services, they will first seek out ways to watch the content they want in ways they are accustomed to — a relaxed, lean-back experience,” Bullock notes.

“Even so, ad-supported streaming services should strive to be more than simply traditional TV on the internet,” he stresses. “This is a time for thoughtful, data-justified innovation, building a better experience than the living room TV of the past could ever offer.”