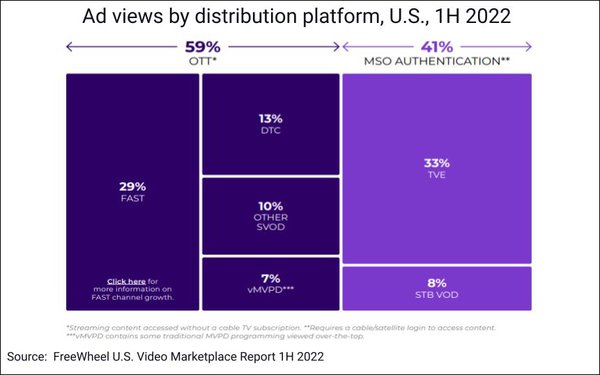 OTT’s share of U.S. video ad views rose to 59% in first-half 2022, versus just 41% for traditional cable log-ins — and free, ad-supported streaming channels/FASTs now account for 50% of the OTT views and 29% of total video ad views.

That’s according to FreeWheel’s U.S. Video Marketplace Report, based on aggregated advertising data collected through its platform during the period.

As streaming services per household have increased, publishers have been compelled to work with FAST channels, as well as walled gardens, to maximize their reach — even as they also develop their own direct-to-consumer apps, notes FreeWheel. 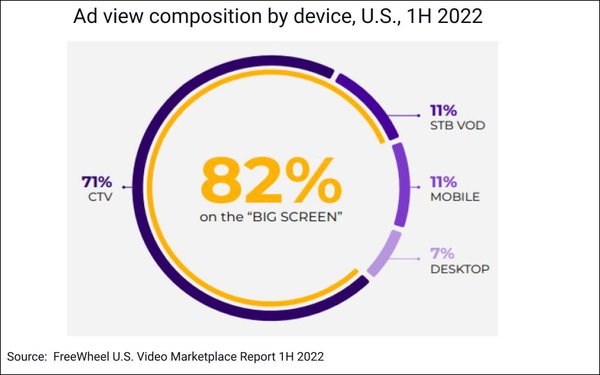 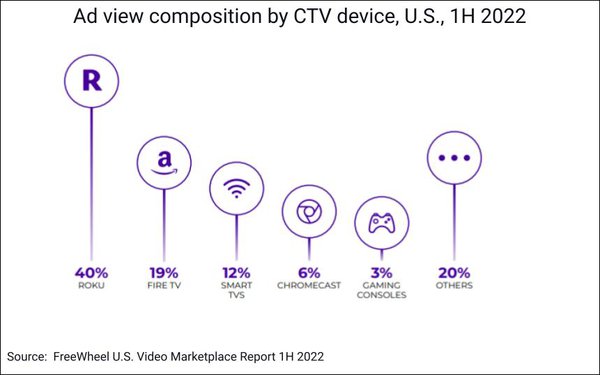 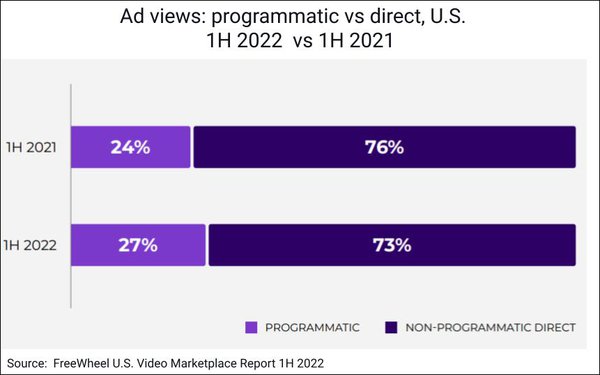 FreeWheel predicts that programmatic will account for at least 50% of digital transactions by 2026. As advertisers seek to employ insert more dynamic ads and fill unexpected spikes in supply that occur in live programming (59% of ad views were within live content in 1H), budgets for programmatic will rise, and programmatic deals will become more prevalent in next year’s upfronts, the company predicts.

Although 85% of programmatic deals are now guaranteed, and creative pre-approvals and advancements in frequency capping across orders encourage sellers to release more inventory to programmatic channels without diminishing ad quality or the viewer experience, insufficient cross-channel measurement capabilities have continued to restrain growth. Three-quarters of programmatic views occur on CTV, where device IDs are less established and server-side player integrations are the norm, requiring effective monitoring to minimize invalid traffic, notes FreeWheel. 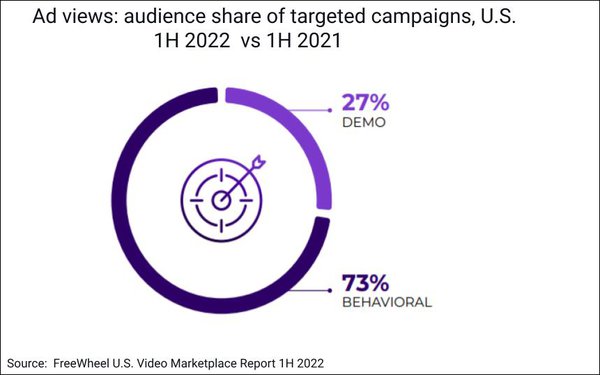