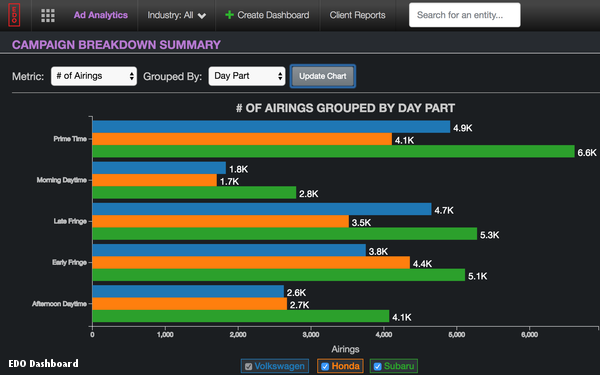 The TV and video data and analytics company EDO is continuing to expand. The company says it has hired Scott Grunther to serve as executive vice president-GM of its media analytics business.

Grunther was most recently with Kantar Millward Brown, where he led a team managing digital and cross-platform ad effectiveness research.

Grunther tells Digital News Daily that he is excited by the new possibilities emerging in measurement and the technology developed by EDO specifically.

“The marketplace is hungry for a syndicated data solution that moves TV measurement further down the funnel, beyond just exposure and branding, and toward the types of behavioral metrics that have historically only been available in digital advertising,” He says.

“The fact that EDO is able to link online action (what we call search engagement) directly to a TV ad airing, at huge scale and in real time, was a big draw for me.”

The company's customers, which include TV networks and major advertisers, can then use its data to optimize their ad buys and positioning.

“Our primary goal this year is to have the ad sales teams of every national television network leveraging EDO data and analytics as a key component of their sales toolkit.” Grunther says. He also wants to build out the company’s relationships with advertisers and marketers.

EDO has been measuring every ad that aired on TV for the past four years, but only came out of “stealth mode” to launch last year.

In November, the company announced it had raised $12 million in a round led by Breyer Capital.