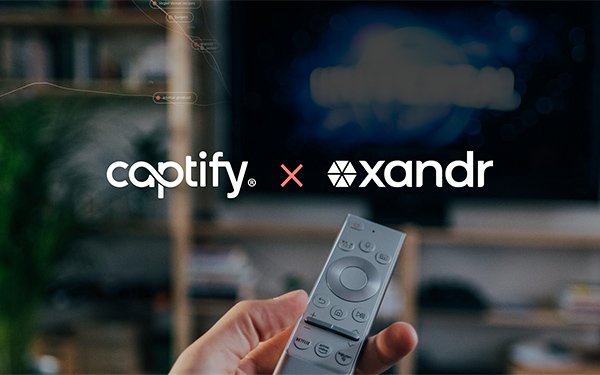 Captify on Wednesday in partnership with Xandr announced a tool allowing programmatic buyers to activate live, intent-driven audiences built on billions of real-time searches from global publisher and ecommerce sites. It brings search intent into the top of the funnel.

This partnership combines Captify’s search-powered audience segments through its Programmatic Search Intelligence (PSI) product with Xandr's inventory. It creates data sets for brand-awareness strategies that are activated across Xandr's multi-seller video and connected TV (CTV) private marketplaces (PMPs) in what Captify describes as “one of the largest omnichannel, global exchanges.”

“As brands try to find new customers and compensate for those lost this year, prospecting is a major challenge,” said Matthew Papa, SVP of global partnerships at Captify.

By buying data from private marketplaces that include search-powered audiences with premium inventory, the goal is to give media buyers confidence in where their ad dollars are spent.

Up until now, search data hasn’t had a role to play at the top of the funnel, and that's what makes this really unique, Papa said.

Publishers, retailers and data providers often have valuable data assets they are not monetizing effectively due to the lack of existing sales channels that offer the commercial control they want with the programmatic tradability that buyers demand, said Ben Keen, senior director of product management at Xandr.

They are looking for ways to efficiently transact business to reach the widest demand and maximize margins. They want to be able to sell their packages to any buyer on any demand-side platform (DSP).

These publishers, retailers and data providers want control of their data to monetize on their own terms without having to share it with third parties. Some apply different pricing terms per buyer or packaging offers across sales channels such as combining digital advertising and in-store promotions.

When asked whether Google’s switch to using Cohorts -- a group of users who share a common characteristic to target ads -- affects Xandr Curate, Kneen said, adding that the technology relies on first-party data, rather than identifiers.

This opens a new approach to identity, as Xandr Curate solves for fragmentation of inventory that may occur in the future by enabling publishers to overlay their first-party data onto individual deals for demand-side platforms (DSPs) to targets that contain multiple sources on inventory, he said.